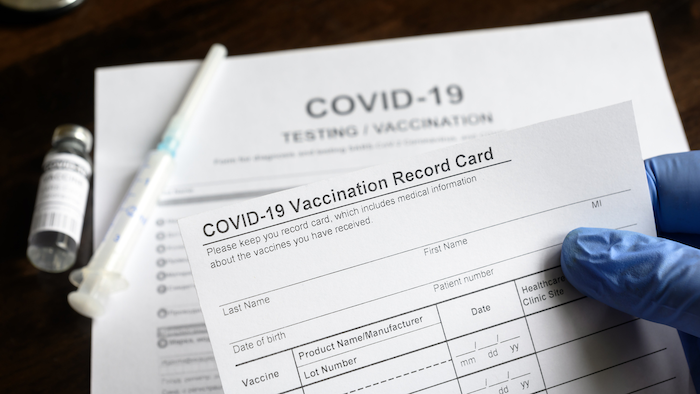 OSHA has suspended its implementation and enforcement of federal government's COVID-19 Vaccination and Testing Emergency Temporary Standard (EST) that would mandate companies with 100 or more employees to require their employees to become vaccinated by Jan. 4, 2022 or do regular virus testing.

The agency's website states that on Nov. 12, the U.S. Court of Appeals for the Fifth Circuit granted a motion to stay OSHA's EST that was published on Nov. 5, with the court ordering OSHA "take no steps to implement or enforce" the EST "until further court order."

OSHA said that while it remains confident in its authority to protect workers in emergencies, it has suspended activities related to the implementation and enforcement of the standard while future developments in the litigation are pending.

The court issued its stay motion on Nov. 12, but as The Washington Times notes, OSHA's decision to pause related activities had gone largely unnoticed until Wednesday. In its opinion, the court cited "a multitude of reasons" that legal challenges to the EST would succeed and that the standard is "fatally flawed in its own terms."

"Indeed, the Mandate’s strained prescriptions combine to make it the rare government pronouncement that is both overinclusive (applying to employers and employees in virtually all industries and workplaces in America, with little attempt to account for the obvious differences between the risks facing, say, a security guard on a lonely night shift, and a meatpacker working shoulder to shoulder in a cramped warehouse) and underinclusive (purporting to save employees with 99 or more coworkers from a “grave danger” in the workplace, while making no attempt to shield employees with 98 or fewer coworkers from the very same threat). The Mandate’s stated impetus—a purported “emergency” that theentire globe has now endured for nearly two years, and which OSHA itself spent nearly two months responding to — is unavailing as well. And its promulgation grossly exceeds OSHA’s statutory authority."

"Whether OSHA will reestablish deadlines for implementation and enforcement of the ETS depends on the anticipated decision of another federal appeals court, the Sixth Circuit. That circuit was chosen by a ping-pong ball lottery process to hear a consolidation of at least 34 legal challenges to the ETS from across the country.

"The Sixth Circuit is generally not regarded to be as conservative as the Fifth Circuit, but it’s a close second. Eleven of the 16 judges on the Sixth Circuit Court of Appeals were nominated by a Republican president, however, only three judges will sit on the panel that decides the consolidated case. The matter will most likely be decided by the United States Supreme Court. Although the highest court has a conservative majority, it has yet to interfere with COVID-19 vaccination mandates.

"Covered employers need to stay abreast of the legal status of the ETS. If the mandate comes out of the federal appellate court process intact, you can count on OSHA immediately lifting its suspension, establishing new deadlines, and giving employers a whole lot to do in an anticipated short amount of time."

On Nov. 18, the National Associaton of Wholesaler-Distributors shared the results of a survey of distributors of all sizes regarding the impact of the OSHA ETS, with the findings showing an overwhelming majority — 87 percent of surveyed NAW members and non-members — support a multi-trade association lawsuit against OSHA over the ETS and warn of significant job loss.

CNN Business notes that, despite OSHA's pause, a Gartner flash survey of 300 businesses conducted Tuesday found that 60 percent of companies are moving forward with their vaccination plans as if the Biden administration's Jan. 4 deadline remained in place. Further, only around 10 percent of executives said they are taking a step from their plans, while another 30 percent said they determining how to proceed.

"When you look at the number of companies that have already put in a mandate, it'd be hard for them to turn it around," Brian Kropp, the chief of research at Gartner's HR practice, told CNN Business.