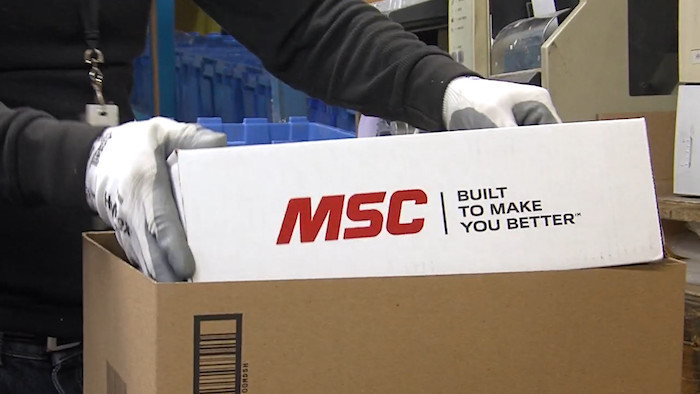 MSC Industrial Supply reported its 2022 first quarter financial results on Dec. 22 for the September-November period, and the results are sure to have fellow distributors and manufacturers of MRO and metalworking products feeling confident about those markets entering the new year.

Having overhauled its customer support model to a digital-first format throughout 2021, Melville, NY-based MSC reported total sales of $848.5 million in its 2022 first quarter that ended Nov. 27, up 9.9 percent year-over-year and a 2.1 percent acceleration from Q4 2021. MSC's Q1 average daily sales growth was also up 9.9 percent year-over-year, which the company noted was about 500 points above the US Industrial Production Index.

The company said the strong growth was driven by vending, in-plants and e-commerce sales, noting that safety and janitorial product sales fell 12 percent year-over-year in the quarter while sales for the rest of the business jumped 15 percent.

MSC's Q1 gross margin dipped 30 basis points year-over-year to 41.6 percent, which the company noted reflected a positive price/cost spread, adding that countermeasures have been implemented to maintain a full-year goal of gross margin that is flat vs. year-over-year.

MSC's Q1 operating profit of $91 million jumped 68.3 percent year-over-year and was flat sequentially, as margin of 10.7 percent was 370 basis points year-over-year and dipped 30 points sequentially. Much of that year-over-year growth was due to the aforementioned customer service restructuring — which involved the closing of 73 public branches, alongside other productivity initiatives — that didn't repeat in Q1 2022.

Other notable stats from MSC's Q1: