Though Grainger said the MRO market declined another 5 to 6 percent in Q3, the company's growth figures are a good sign for the market nonetheless. 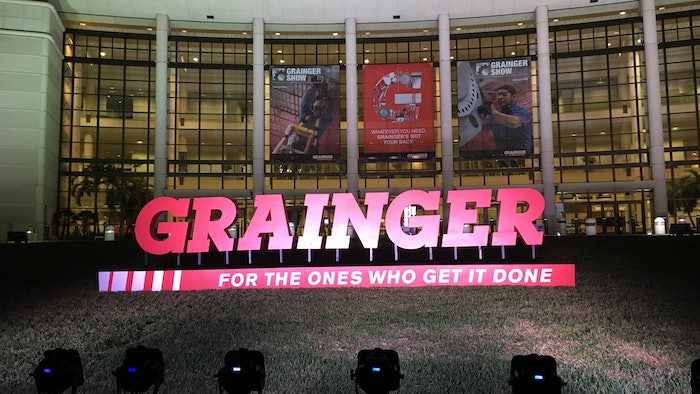 After an April-June quarter that saw sales a modest decline, MRO products distribution giant Grainger reported third quarter figures Thursday that were much improved sequentially and up modestly year-over-year.

Grainger — No. 1 on Industrial Distribution's 2020 Big 50 List — said it total Q3 sales of $3.02 billion, up 2.4 percent from a year earlier and up from $2.84 billion in Q2. Third quarter sales were up 4.6 percent on an organic daily basis, factoring in the company's recent divestments of its Fabory (U.K.) and Grainger China businesses.

"In the third quarter, we captured significant market share by delivering on our core growth initiatives," Grainger chairman and CEO DG Macpherson said. "We also continued to prudently manage our costs and saw sequential margin improvement as non-pandemic volume improved in the quarter."

Grainger's Q3 US sales grew 3.1 percent, which the company said outgrew the US MRO market that it estimates declined 5 to 6 percent in the quarter. Grainger's said its MRO increase was driven largely by higher volume of pandemic-related products, partially offset by year-over-year decreases in non-pandemic product sales. Those declines continued to moderate in Q3, while growth in pandemic products remained elevated, though began to ease from surge levels in the spring.