HD's Facilities Maintenance sales improved in each Q2 month and actually had a small year-over-year gain in August.

The figures showed continuous solid gains for the company’s sales — though still in the red — as year-over-year (YoY) declines that bottomed out at -22.6 percent in April improved to -7.3 percent in May; -4.8 percent in June; -2.0 percent in July; and preliminary figures show August was down just 0.7 percent.

"Our highest priority remains the health and safety of our associates and our customers as we continue to support the operations and re-opening of living spaces, job-sites and work places,” stated Joe DeAngelo, HD Supply chairman and CEO. "Our financial strength and steadily improving results reflect the strength of our team and their dedication to safely delivering best-in-class service."

By business unit in Q2 and August:

HD Supply said Wednesday that the sale of its Construction & Industrial business to private firm Clayton, Dubliier & Rice is ecpected to close by the end of October, subject to approvals. CD&R’s purchase price was $2.9 billion, and HD Supply expects to see $2.5 billion in proceeds after taxes and transaction costs. The company said it plans to use those proceeds for share repurchases, debt repayment, M&A strategy; and ongoing capital expenditures investment at 2 percent of sales.

Following the sale, HD Supply said it plans to re-launch the HD Supply Story later in 2020. 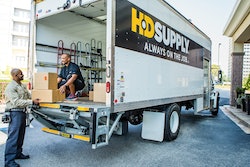 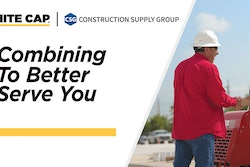