Ever since business impacts of the COVID-19 pandemic began to severely impact the United States, Fastenal has been one of the few large industrial distributors to actually grow year-over-year sales. The vast majority of publicly-traded distributors on Industrial Distribution's Big 50 List have seen sales in their most recent quarter (April-June for most) fall by double digits from a year earlier — more than 20 percent for most. But a prolonged surge in orders for Fastenal's safety products — especially face masks, face shields and other personal protective equipment — buoyed the Winona, MN-based company to maintain solid year-over-year sales growth through the pandemic, peaking at 20.4 percent growth in June.

That was still the case for Fastenal in July, but at a much slower pace.

Fastenal shared its July sales breakdown on Thursday, showing that year-over-year (YoY) sales of safety products grew 38 percent — a large gain by any measure — but very reduced from growth of 94.9 percent in June, 136.3 percent in May and 119.7 percent in April. And as the company's sales of all other products continue to be down YoY, overall sales growth shrunk to 2.6 percent in July. Again, that's still far better than the vast majority of industrial distributors, but a notable slowdown.

Fastenal had July sales of $469.5 million in July, with daily sales also up 2.6 percent YoY.

By end market, Fastenal's July sales to manufacturing customers were down 5.5 percent YoY, while sales to non-residential construction fell 9.6 percent. Both of those percentages were consistently in the positive single-digits until March, bottoming out at -15.5 and -15.6 percent, respectively, in April and have been recovering since.

Overall, the numbers illustrate that selling conditions, at least for Fastenal, appear to be returning to a sense of normalcy, though it may still take at least a couple months before those percentages more closely resemble what they were in January before the pandemic hit Asia in earnest, when the company was consistently growing fastener sales in the low single digits and all other products in the low to mid-single digits.

In February, 54.7 percent of Fastenal's public branches were growing, and that figure bottomed at 34.1 percent in April and has consistently climbed since to 46.2 percent in July. 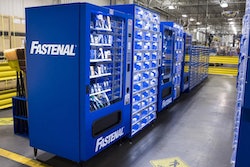 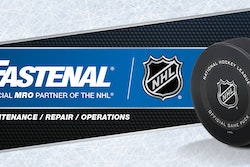 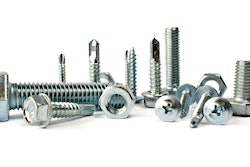