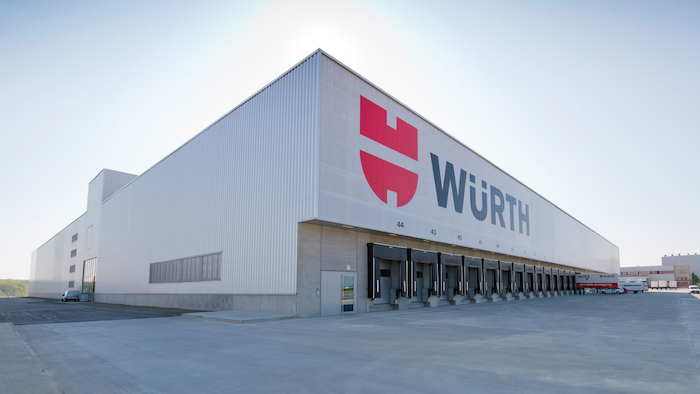 Würth noted that sales “developed in an unusually heterogeneous way in 2019,” reflected in the different development of both the individual regions and individual business units of the group. In Germany, sales grew a modest 2.1 percent, which the company attributes to a struggling automotive industry.

“The development of business units such as the Würth Elektronik Group or manufacturing and tool trading companies, all serving to customers in this industry, was affected as a result,” Würth said. “These units reported declining sales in 2019. Contrary to that, Adolf Würth GmbH & Co. KG, parent company of the Würth Group and German sales organization of the Würth Line, was able to report growth of 5.8 percent.”

Würth had 2019 operating profit of $814 million, down 13.8 percent from 2018, which the company attributed to gross profit margins “being under pressure.”

“It was not possible to entirely pass on increased purchasing prices to customers in the market,” Würth noted.

Würth Group is the parent company of Ramsey, NJ-based Würth Industry North America (WINA) — which was No. 13 on Industrial Distribution’s 2019 Big 50 List with $2.15 billion in 2018 sales. Würth Group didn’t break out WINA’s 2019 sales in its January press release. Würth Group was formerly No. 1 on the 2017 Big 50 List before ID adjusted its methodology in 2018 to reflect only North American-based companies.

Würth Group operates from two business units: Würth Line, which focuses on assembly and fastening materials, and Allied Companies, which operate as trade or production businesses in related business areas.