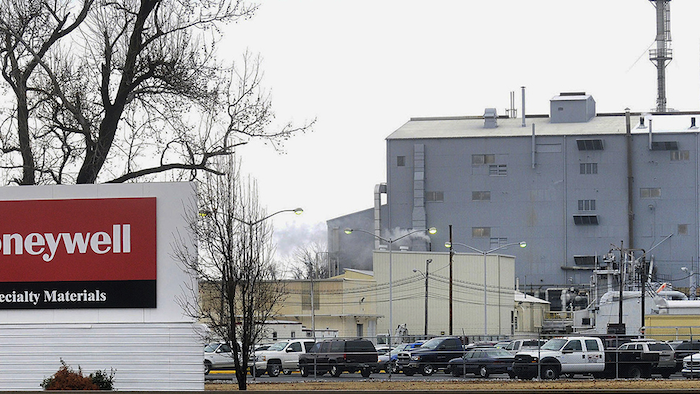 The figures were led by total Q3 year-over-year sales growth of 3.2 percent to $10.12 billion, with organic sales up approximately 5 percent. Total profit of $1.37 billion increased 9.4 percent, with operating profit margin expanding 220 base points to 17.8 percent.

"This was a standout quarter for us when it comes to organic growth," Honeywell president and CEO Darius Adamczyk said. "Our Aerospace aftermarket business grew more than seven percent, our warehouse automation business continued to grow at a double-digit pace, and there was broad strength across Performance Materials and Technologies, led by 25 percent organic sales growth in UOP. We also saw good momentum in orders and backlog, with double-digit backlog growth in UOP, Intelligrated, Defense, and Honeywell Building Solutions, positioning us for future growth."

Safety and Productivity Solutions sales of $1.41 billion — 13.9 percent of total — increased 20.5 percent year-over-year, with organic sales up approximately 3 percent. Profit of $213 million increased 23.8 percent, with profit margin expanding 40 base points to 15.1 percent. Much of the unit's growth was attributed to the 2016 acquisition of Intelligrated, which had double-digit year-over-year sales growth in Q3. During Q3, Honeywell's Safety and Productivity Solutions unit also launched its Android-based Mobility Edge Hardware and Software platform, and donated approximately $2.5 million in personal protective equipment and safety products to aid in recovery efforts following recent natural disasters.

Honeywell plans to spin off its Homes product portfolio and ADI global distribution business, as well as its Transportation Systems business, into two stand-alone, publicly-traded companies. The planned separation transactions are intended to be tax-free spins to Honeywell shareowners for U.S. federal income tax purposes and are expected to be completed by the end of 2018.

Honeywell says the the new Homes and Global Distribution business will be a leader in the HVAC controls and security markets, and a leading global distributor of security and fire protection products. The business is expected to have annualized revenue of approximately $4.5 billion and staff approximately 13,000 employees.

The company says the new Transportation Systems business will be a global leader in turbocharger technologies with best-in-class engineering capabilities for a broad range of engine types across global automobile, truck and other vehicle markets. The business is expected to have annualized revenue of approximately $3 billion and staff approximately 6,500 employees.

"The spun businesses will benefit from being able to make independent investment decisions that will better position them for growth and value creation for decades to come," Adamczyk said. "After completion of the spins, Honeywell will have a more focused and growth-oriented portfolio that benefits from cross-Honeywell synergies. These actions will position the company to deliver sustained financial outperformance," Adamczyk continued. "Honeywell is well positioned in both the short and long term, and we anticipate a strong finish to 2017."

Organic sales were still down in its Commercial & Industrial Group, but major gains in its Tools Group more than made up for it.
Oct 22nd, 2020

Companies are lining up for earnings reporting season, and analysts expect them to describe a less painful drop for the summer than spring.
Oct 16th, 2020