Global Industrial — No. 24 on ID's Big 50 List and the subject of the September/October issue Distributor Profile — achieved its 27th consecutive quarter of year-over-year sales growth.

Global Industrial was No. 24 on Industrial Distribution's 2016 Big 50 List, and the subject of ID's September/October issue Distributor Profile, which can be found here.

"This fall, our industrial business was ranked 24th on Industrial Distribution magazine’s annual Big 50 List," Systemax CEO Larry Reinhold told analysts in Systemax' earnings conference call Tuesday. "This is the first time we were included and it’s a significant accomplishment for our team, one that highlights the growth and success. We continue to build on that success and believe we are on the right path to create a more efficient, competitive and profitable business."

"During the quarter our Industrial Products Group extended its record of revenue growth to 27 consecutive quarters despite a somewhat soft market," said Systemax CEO Larry Reinhold. "Industrial continued the integration and optimization of its national distribution network, expanded its sales force by almost 10 percent, and held two additional customer and vendor trade shows, in Wisconsin and New York. In the past 5 years we have more than doubled Industrial’s size and scope of operations, the vast majority of which has been organic. Today the business is strategically well positioned and we are making additional investments that will enhance our ability to capitalize on our growth. These include improvements to logistics and internal systems, expansion of customer service and sales capabilities and deeper supplier partnerships. While these investments will continue to impact our near-term performance, we believe we are on the right path to efficiently support future growth and improve long-term profitability."

Systemax on Tuesday also announced that its board of directors has appointed Thomas "Tex" Clark as its new chief financial officer, effective immediately. During the past 10 years, Clark has served in a number of senior financial positions at Systemax, most recently as controller at Global Industrial. Previously he held the positions of director of finance, and manager financial planning & analysis at Systemax. The CFO position was previous held on on an interim basis by Reinhold. 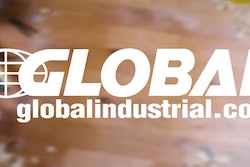