Altra Industrial Motion Corp., a global manufacturer and marketer of electromechanical power transmission components and motion control products, posted a sales decrease in Q3 and says it is looking at additional plant closures. 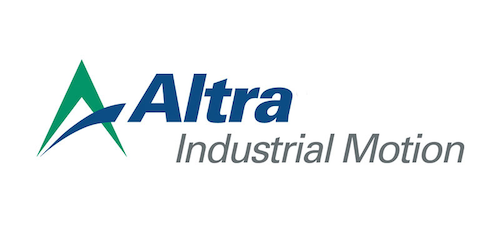 Carl Christenson, chairman and CEO of Altra, noted that the company closed one facility in Q3 and will close another facility in Q4.

“This brings us to a total of seven consolidated facilities by year end,” Christenson told financial analysts in a Q3 earnings call. “We expect a small facility closure in the first quarter of 2017. We're also evaluating closing one or two additional facilities during the remainder of 2017.”

Third-quarter 2016 net sales for Altra were $173.1 million, compared with $183.1 million in the third quarter of 2015.The reduction in net sales was driven by an unfavorable impact from foreign exchange of 1.5% and an organic sales decline of 3.9%.

The company expects only modest growth for 2017. Altra is narrowing its previous annual revenue guidance and expects full-year 2016 sales in the range of $705 to $715 million.

“Right now we still do not see any catalyst that will change the industrial economy,”  he said according to a transcript of the call as provided by www.seekingalpha.com.

The Braintree, Mass.-based company also announced that it is acquiring the Stromag business from GKN plc. Founded in 1932, the business is headquartered in Unna, Germany and has 750 employeees at operations in Germany, France, the U.S., the UK, Brazil, India and China.

Stromag generates about 75% of its revenues in Europe. The remaining 25% of revenue comes primarily from the U.S., India, China and Brazil.

“We're particularly excited about the potential to leverage the India facility as a launching pad to increase Altra sales presence in that market,” Christenson said.

The closing of the transaction is expected to take place during the first quarter of 2017.

Altra clutches and brakes, couplings, gearing and PT component product lines are marketed under 23 well known manufacturing brands that have each been in existence for over 50 years. Those brands include TB Wood’s Inc. and Boston Gear.

Its highly-engineered solutions are sold in over 70 countries and utilized in a variety of major industrial markets, including food processing, material handling, packaging machinery, mining, energy, automotive, primary metals, turf and garden and many others.