HD Supply Q2 Sales Up Year-Over-Year, But Less Than Expected

The company achieved further year-over-year sales growth of 4.1 percent in Q2, but that figure was down from the 5.0 percent growth it expected when issuing its Q1 report in June. 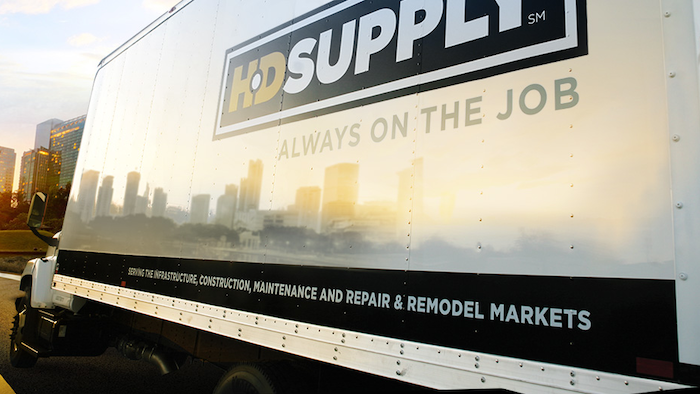 Atlanta-based HD Supply — No. 6 on Industrial Distribution's 2016 Big 50 List — reported its 2016 second quarter fiscal results on Wednesday, highlighted by a year-over-year sales gain and a decrease in total profit.

HD Supply posted Q2 sales of $2.02 billion, up 4.1 percent from a year earlier and up 13.3 percent from Q1. The Q2 sales were on the low end of the company's outlook of $2 billion to $2.05 billion it issued in its Q1 report, which anticipated year-over-year growth of 5.0 percent.

The company had a Q2 profit of $98 million, down from $109 million a year earlier but up sequentially from Q1's net loss of $14 million (largely due to a $115 million loss in Q1 due to extinguishing debt).

The company's Interior Solutions segment was sold off on May 31 and listed as a discontinued operation in the Q2 report.

On June 13, HD Supply broke ground on its new Atlanta headquarters, which the company calls its Leadership Development Center. The eight-story, 222,500-square-foot facility will eventually house nearly 900 associates and is set to debut in early 2018. The facility will include a leader training and customer support center.