Job postings rose 69,000 to a seasonally adjusted 3.9 million, the Labor Department said Friday. That's the most since March 2008, just a few months after the Great Recession began. It's also close to the roughly 4 million job openings each month that are consistent with healthier job markets.

Job postings rose 69,000 to a seasonally adjusted 3.9 million, the Labor Department said Friday. That's the most since March 2008, just a few months after the Great Recession began. It's also close to the roughly 4 million job openings each month that are consistent with healthier job markets.

Total hiring increased 26,000 to 4.6 million, the highest level since August 2008. The gain suggests employers are not only posting more jobs but are also taking greater steps to fill them.

September's total hiring is still below the roughly 5 million people who are typically hired in sturdier job markets.

The number of people who quit their jobs in September dipped from August but was still about 15 percent higher than a year earlier. People usually quit their jobs when they have another one lined up, or when they are certain they can find one. More quits is a sign of confidence in the job market.

The growth in hiring, job openings and quits points to a more movement in the job market, which can create opportunities for those out of work or who are looking for another job.

It also shows that competition for jobs is easing. There were 2.88 unemployed people, on average, for each available job in September. That's the lowest since August 2008 and down from 7 to 1 ratio in July 2009, just after the recession ended. In a healthy economy, the ratio is usually about 2 to 1.

Unemployment is still high at 7.3 percent. But other reports suggest the job market is healing.

Earlier this month, the government's October employment report said the economy added an average of 202,000 jobs a month from August through October. That's up sharply from an average of 146,000 in May through July.

Those figures reflect net payrolls gains, which are the total number of people hired minus those who were laid off, quit or retired. The net gain can increase just because fewer workers are laid off, even if hiring is flat.

Friday's report on job openings and turnover provides more details than the monthly employment report. It was encouraging because it shows those job gains are increasing because of more hiring.

Federal Reserve Chairman Ben Bernanke and Janet Yellen, who has been nominated to replace him next year, have both cited greater overall hiring and quits as key signs of job market improvement.

How Pay Transparency Could Affect Your Job Search, Raise 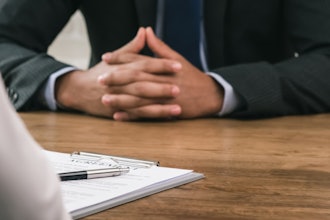 How Pay Transparency Could Affect Your Job Search, Raise

It won’t eliminate salary negotiations entirely — but it could create more discussion of pay expectations.
January 11, 2023

Benefits make up more than 30% of the typical job’s compensation, according to the U.S. Bureau of Labor Statistics.
October 31, 2022