Distributor Legal Challenges: Why Am I Still Getting Sued?

Take a serious look at how you select and train frontline supervisors, and you may determine why many employment law claims occur: Often supervisors are ignorant of the more challenging aspects of the Americans with Disabilities Act, the Family and Medical Leave Act and workers’ compensation retaliation protections. 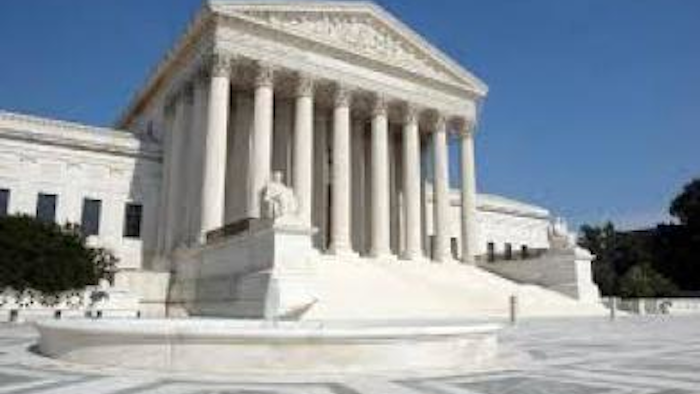 After covering union challenges and safety compliance concerns in previous articles, we’ll conclude the series by discussing those common employment law claims that continue to vex distribution employers. I will deviate from the usual format and first provide some big picture suggestions on how to minimize all types of employment law claims.

Take a long and serious look at how you select and train frontline supervisors, and you may determine why many employment law claims occur. Frontline supervisors are often ignorant of the more challenging aspects of the Americans with Disabilities

Act, the Family and Medical Leave Act and workers’ compensation retaliation protections. A related issue is that many frontline supervisors have not been trained in communication and in consistently applying workplace requirements. Advertisers long ago figured out that “perception is as powerful as reality.”  If employees feel that their supervisor was a “jerk” to them or treated them differently than their co-workers, the normal response is to believe that a sinister motive guided the supervisor’s actions. If one is over 40, Latino, African American, has a disability condition or recently complained about safety or discrimination, that person might suspect that he was treated differently because of one of those factors.

Some surveys show that more than 80 percent of employers are dissatisfied with their frontline supervisory development. When pressed, many employers cannot define what constitutes a “good” supervisor” or provide detailed examples of how they develop supervisors to manage employees. Not surprisingly, frontline supervisors say that the number one reason they are reluctant to discipline or discharge an employee is that they fear that they will get the company (or themselves) sued. As a result, supervisors allow performance problems to linger and fester.

Claims De Jour
Although claims of race discrimination have increased more slowly than other types of discrimination charges, they remain the most common claim. We have seen an increase in claims of national origin discrimination, but that also is a reflection of a changing workplace more than of negative attitudes toward new citizens or those of Islamic persuasion. One of the fastest growing areas involves allegations of same sex discrimination by male employees. In most cases, horseplay and teasing got out of control until an employee alleged that the treatment created a hostile environment or was based on his sex or other factor. And don’t forget about the rise in claims of harassment based on a mental or physical disability condition under the ADA.  However, any plaintiff lawyer will tell you that the three boom areas are:  the ADA, retaliation claims and wage-hour actions. We won’t talk about wage-hour claims in this article, but suffice it to say, few employers have classified all employees properly or maintained adequate records.

The ADA and Workplace Injuries
Until the ADA was amended by the ADAAA, employers easily won most of the claims.  That’s no longer the case. The amendments in essence made it possible for nearly anyone to claim that he has a disability condition under the ADA, or that an employer took action against him because the employer perceived the person as having a disability condition. Employees with soft tissue or orthopedic workplace injuries may claim that they are largely recovered and capable of performing their duties, but the employer wrongly considers them to be limited and, thus, to possess a disability condition.

Frontline supervision may react in a “knee jerk” fashion to employees whose mental or physical condition may affect their performance. The ADA and related laws require an employer to go through an individualized interactive process with an individual with a disability condition and determine if the individual can perform the “essential functions” of their particular job, “with or without reasonable accommodation.”  Instead, an employer may terminate an injured employee because he was unable to present a note that he was 100 percent recovered. Moreover, many employers maintain job descriptions that should be shelved in the fiction or creative writing section of the library.  The job descriptions differ markedly from what the actual employees would say that they do. Employers have not accurately determined the defensible “essential functions of the job.”

You Retaliated Against Me!
Add to this mix the employer’s legitimate concern about whether an employee can perform his duties and whether he can do so without re-injury. And honestly, any rational businessperson wants to minimize his workers’ compensation injuries and costs, so injured employees may be suspicious. Many states prohibit adverse action against an employee because he made a workers’ compensation claim. Similarly, OSHA prohibits adverse action against an employee because he reported a recordable injury to the employer. Finally, some of these individuals may have been eligible for or on FMLA leave and claim that their use of FMLA leave influenced the decision. One common dilemma is that an employer learns of an employee’s poor performance only while the employee is out on. The employee may not be able to refuse to return the poor performing employer because they have no history of documented performance problems and the timing of the decision makes it appear that adverse action was based on taking leave.

Claims of retaliation or discrimination against whistleblower have proliferated at a stunning rate. OSHA alone enforces more than 20 separate anti-retaliation statutes varying from Sarbanes Oxley to the new “Moving Ahead for Progress In the 20th Century Act,” which prohibits adverse action against employees for complaining about a myriad of issues in the automotive manufacturing or dealership environment. OSHA has aggressively marketed the availability of claims and one finds notices of employees’ anti-retaliation rights liberally spread throughout OSHA website and in all its publications. Even though OSHA is starved for money for its core safety function, it has shifted millions of dollars to whistleblower enforcement, and even created a new position reporting directly to the Assistant Secretary of Labor. And such actions may lead to other legal entanglements. As an example, the NLRB, in its ongoing effort to move into the non-union workforce, has executed an agreement with OSHA to investigate safety discrimination claims in which the employee did not meet the filing time required by the OSHA standards. The NLRB investigates the claim as “protected concerted activity,” thus, avoiding troublesome statutes of limitations. Similarly, a disenchanted employee may file OSHA or environmental complaints simply to aggravate his former employer.

So take a few of the steps suggested at the beginning of the article and do your part to deprive those plaintiff lawyers of a paycheck.

Howard Mavity is a partner in the Atlanta office of Fisher & Phillips LLP and co-chairs the firm's Workplace Safety and Catastrophe Management Practice Group. He draws upon his past business experience in transportation, logistics, construction, and industrial supply to work with clients as a business partner, and focuses on eliminating employee problems by commonsense management. Mavity has provided counsel for more than 225 occasions of union activity, guided unionized companies and has managed some 500 OSHA fatality cases in construction and general industry, varying from dust explosions to building collapses, in virtually every state. For more information, please visit http://www.laborlawyers.com/hmavity.

Many Businesses in Precarious Spot as 2020 Ends

The final three months of the year are usually a boom time for many small businesses thanks to holiday shopping and celebrations.
Oct 12th, 2020

The Sound of Silence

Learn why your workers might be keeping quiet about their concerns.
Oct 4th, 2020

Read about Kevin Short's trial-by-fire first year as CEO of the pure-play wholesaler, newly carved out as an independent company.
Oct 5th, 2020

Editorial: Down Time or Development Time?

Distributors make big moves as they position themselves to emerge stronger from the recession.
Oct 2nd, 2020

California-based public corporations must have at least one board member from an "underrepresented community" by the end of next year.
Oct 1st, 2020

Sandvik Coromant Relocating US Headquarters to North Carolina in May