In January 2020, the Federal Department of Labor (DOL) issued new regulations, to go into effect March 6, 2020, to “promote certainty for employers and employees, reduce litigation, promote greater uniformity among court decisions, and encourage innovation in the economy.” Against this stated purpose, a distributor must question this proposition – how a regulation fills such large shoes? The answer lies in the enforcement of the Fair Labor Standards Act (FLSA) – by the DOL or private citizens – which is the federal statutory scheme that governs wage and hour laws. By limiting what businesses may be considered a joint-employer and thus subject to liability for federal wage and hour violations, this change in the law may well insulate various business relationships from joint employer liability – from franchisor/franchisee, supplier/vendor and parent/subsidiary to independent contractor, staffing and outsourced service affiliations.

This “final rule” revised the DOL’s position on joint employer status, updating its standards that were nearly sixty (60) years old. It also snuffed out the Obama administration’s efforts to expand joint-employer determinations based on regulations adopted in 2016, which adopted what commentators considered a vague and overbroad standard for joint-employer liability dependent on the “economic relationship” of potential joint employers and the “economic dependence” of the worker employed by the purported joint employer. For example, the Obama administration strictures sought to hold franchisors liable with franchisees liable for a franchisee’s wage and hour violations; one can easily how a supplier/distributor relationship could get entangled in this type of analysis. Even though the Trump administration withdrew this guidance in 2017, the existing DOL regulation focused on whether two employers were “completely disassociated” from one another (i.e., entirely independent), leading to the more expansive reading of which the final rule disposes.

The final rule adopts a four-factor test – based on established legal precedent – which considers whether the potential joint employer actually exercises the power to (1) hire or fire employees, (2) supervise and control the employee’s work schedules or conditions of employment, (3) determine the employee’s rate and method of pay, and (4) maintain the employee’s employment records. The final rule is viewed as business friendly, as its focus is to exercise meaningful control over subject employees, rather than hypothetical possibility that they could exercise control over employment conditions. In addition, the final rule:

One can track this sea change in dealing in actual control and power relative to pertinent factors by reference to the rulings of the National Labor Relations Board (NLRB) in the recent past. In the November/December 2015 edition of Industrial Distribution, I explained how under the Obama administration, the NLRB changed, drastically, the test to determine joint employer status under the National Labor Relations Act, which for 30 years required direct, actual control over another employer’s workers, to run-into the thorny thicket of labor law issues surrounding joint employers. While theoretical and indirect rights and powers peppered the Obama NLRB fact-intensive test, it too was reversed, just three years later, by a conservative majority comprising the NLRB. The new NLRB test, which remains in place, requires joint employer status will exist only if one business exercised control directly and immediately over essential employment terms of another employer’s employees, and in a manner that was not limited and routine.

Federal labor and wage and hour laws are not the only laws where joint employer liability comes into play, as such can also impact liability under laws that govern worker’s compensation, discrimination, unemployment, and various tax exposures. Distributors should understand that while the joint-employer test in the final rule is viewed as a step forward for businesses under exposure created by the FLSA, the final rule is not necessarily the final word – it is not binding in courts (but does track court precedent), and could be rescinded should a democratic or independent claim the White House in November.

The article was prepared by Fred Mendelsohn, a partner at Burke, Warren, MacKay & Serritella in Chicago. Distributors with questions or comments are encouraged to contact Fred at fmendelsohn@burkelaw.com or 312-840-7004. 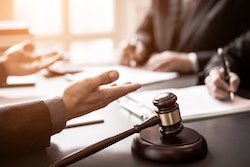 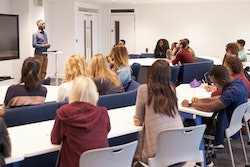