5 LED Lighting Innovations That Will Rev Up Warehouse Efficiency

Most conversations about distributor efficiency center around process — the logistics, staging, workflow and equipment that carry the heavy load to get the job done. Most facility managers don’t think of lighting as playing much of a role in overall efficiency. For those whose facilities are full of antiquated HID fixtures, lighting is probably considered more of a nuisance and costly maintenance expense.

Of course, those who have already upgraded to modern, high-efficiency LED lighting systems know that the right lighting can make a huge impact on overall operational efficiency. LEDs are not only more energy efficient, but they’re also virtually maintenance free, which means no more continuous bulb changes that consume crew time, and maybe even require a halt in operations to access hard-to-reach fixtures, not to mention the cost of replacement parts. All of this translates into significant bottom-line savings, which many distributors around the world have already discovered, saving hundreds of thousands of dollars, some in the first year alone.

But, unlike conventional lighting that has very little, if any, room for innovation, LEDs aren’t nearly done yet. There are a number of new LED developments on the horizon that will ratchet up facility efficiency in surprising new ways not directly related to illumination. This is great news for those that have already made the switch, and even better news for those on the fence. As these new innovations show, the benefits of LED lighting will only get better over time. Here’s a quick preview of five key innovations we can expect to see over the next year.

1. Improvements in lumen efficiency and performance

Energy efficiency is one of the key benefits of LEDs, and this will most certainly continue to improve. We’re already seeing LEDs in the market that are exceeding 200 lumens per watt and this will only increase over the next several years. We’ll also see the efficiency gap between LED color temperatures close, with neutral and warm color temperature closing in on cool white LEDs, which have historically been much more efficient but not necessarily the best color rendering for some applications. Heat output will also shrink, which is great news for warehousing and cold storage facilities in particular, producing less detrimental impact on cooling/refrigeration units. At the same time, we’ll see overall fixture longevity and performance improve. In a typical LED fixture, it’s often the other components (power supplies, heat sinks, etc.), not the LEDs themselves, that are at the greatest risk of failure. As LED efficiency improves, this puts less strain on the support components, for an overall better-performing, longer-lasting fixture, which means a much lower total cost of operation and ownership.

We’ve already seen a continuous reduction in the complexity of LEDs and fixtures, and manufacturers will continue to move toward simpler, less expensive and more standardized packaging. Right now, LED design is all over the map, with each manufacturer offering LEDs in their own proprietary configuration. For fixture manufacturers, that means having to design luminaires to meet the requirements of each LED supplier. We expect to see LED makers standardize on design, building LEDs of similar size, electrical footprint and performance characteristics. This will simplify the design process for fixture manufacturers, allowing them to build and deliver luminaires to market faster and at a lower cost, using less expensive and lighter-weight chassis materials, (like plastics versus the current ceramics/metals) and reduce heat sinking requirements. Eventually, we envision a move to zero replaceable parts, eliminating the need for lighting supply purchasing and storage entirely, freeing up valuable facility space for productive use.

As LEDs have improved in efficiency, so too is our ability to make fine-tune adjustments to the light color temperature, color rendering, fixture reflectors and other components that will enable more precise lighting and lighting placement. This will allow for better visual clarity, which can be customized for various applications. For example, LEDs can be custom-fitted into a fixture for a specific CRI for retail applications to amplify color temperature, or fixtures can be engineered to throw light in a specific pattern for warehousing applications—lighting on the floor, instead of up the walls, for example. This customization will improve efficiency, light efficacy and facility safety, including dramatic improvement in the image clarity and quality of security camera systems.

The dimmers and occupancy sensors we have today will ratchet up a notch with greater emphasis on daylight harvesting for maximum efficiency, and integration with existing building maintenance and automation systems. We expect to also see other sensors incorporated into lighting fixtures to monitor for various activities not related to lighting at all. For example, in a warehouse facility, sensors in the lights could monitor traffic patterns to spot bottlenecks, or even track inventory through 3D volume detecting sensors that can gauge how much product is on shelves based on the space consumed. When integrated with automation systems, this could provide valuable business intelligence to improve processes and workflow.

The fact that most modern LED fixtures are already Wi-Fi enabled for monitoring and controls opens the door to other possibilities for using the lights themselves as part of the communication network within the facility. For example, by incorporating Wi-Fi signal boosters into fixtures, the lights can help to eliminate dead zones inside a warehouse, or even be used to send/receive information as a data port. With power and communication at every light, it’s easy to plug in a security camera, thereby eliminating much of the IT infrastructure required. There’s also a next-gen technology called LiFi on the horizon that uses high-frequency light pulses (undetectable to the human eye) to actually transmit the data using the light waves themselves. When LiFi goes mainstream, getting data transmission signal access will no longer be an obstacle inside any facility.

Facility efficiency is a high priority, whether it be in process, operations or utility consumption. For most companies, it’s natural to think first about upgrading equipment or software, or changing workflows to maximize productivity and operations. Not many consider the substantial impact that modern, high-efficiency lighting can have on overall operations. But, with these exciting innovations on the horizon, industrial LED lighting is on the cusp of ushering in the Golden Age of logistical efficiency, not only helping facilities to reduce energy and maintenance costs, but actually contributing to bottom-line growth.

John Peck is the VP of Engineering, Optics & Mechanical Department at Dialight Corporation. 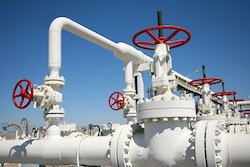