The Importance of Sleep for Shift Work 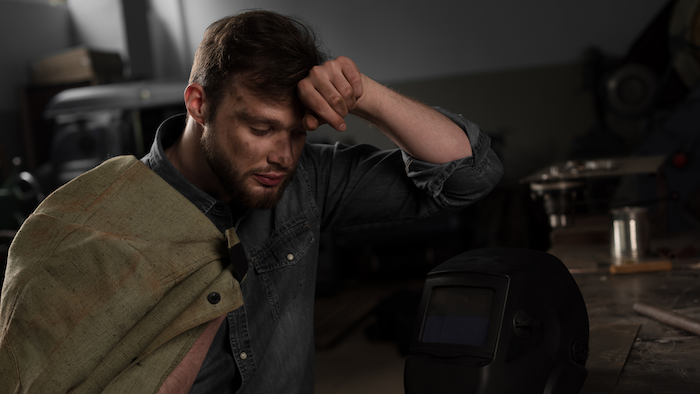 Oftentimes, humans will unintentionally, or intentionally, disregard sleep. Other activities and responsibilities receive priority and one of the most important facets of a healthy lifestyle is cast aside. Work shift duration can emphasize this.

The American Academy of Sleep Medicine and the Sleep Research Society are attempting to raise awareness to this issue. Seventeen experts collaborated and wrote a paper titled, “Guiding principles for determining work shift duration and addressing the effects of work shift duration on performance, safety, and health.”

The first author, Indira Gurubhagavatula, MD, MPH, calls for a culture shift among employers and employees when it comes to valuing sleep.

“This is really a shared responsibility,” Gurubhagavatula said. “We have a tendency to deprioritize sleep. There’s even a certain amount of machismo around being able to operate on very little sleep. One thing is to notice [you] need sleep the same way [you] need food or air or water. It’s a biological imperative for all of us that we get sufficient sleep and it’s an appropriate quality.”

Gurubhagavatula is an Associate Professor of Clinical Medicine at the University of Pennsylvania in the Division of Sleep Medicine at Perelman School of Medicine. She also serves as a clinician and as the Director of the Sleep Disorders Clinic at the Philadelphia VA Medical Center.

Effects Shift Work Can Have

According to Gurubhagavatula, shift workers who work shifts not aligned with their natural body clock can develop the symptom of constantly feeling tired. They can fall asleep during simple tasks including reading or watching television as well as situations where full attention is vital, such as driving.

“Shift workers [can] have a sense of not feeling well,” Gurubhagavatula said. “Sometimes they have queasiness or stomach complaints, headaches and difficulty with social relationships and interacting with people where it requires brain function and executive control of the brain.”

When considering individuals who work in manufacturing or engineering positions, the matter of sleep becomes more paramount.

“Risks to their personal safety or even public safety are definitely magnified if they’re working in operations that require operating heavy machinery,” Gurubhagavatula said. “It could even be making decisions where someone could get hurt. Our reaction time can make all the difference.”

The coronavirus pandemic posed problems in factories regarding the number of available workers. Instances occurred such as the one in Topeka, Kan. at a Frito-Lay plant. Members of the Bakery, Confectionery, Tobacco Workers and Grain Millers Local 218 went on strike in July citing being required to work seven days a week for up to 12 hours per shift.

A worker from a Keurig Dr Pepper Inc. factory in Victorville, Calif. claimed employees were subjected to a similar environment of 12-hour shifts seven days a week. Workers from the factory voted to unionize in July.

What Employers Can Do

Turnover is inevitable. Workers resign, become sick and even die, and those who remain on staff are asked to do more to make up for the loss.

“Unless managers pay attention to this, it can really sneak up on you in terms of unintended consequences,” Gurubhagavatula said. “And it’s not only staffing. It’s making sure the people are trained and are doing work they’re trained to do.”

Gurubhagavatula explained a protocol to combat this ongoing issue. It begins with noticing the problem and crafting solutions. The next step involves recognizing the risks, where they are likely to present themselves and listing available countermeasures.

“A lot of times, people ‘in the trench’ are the ones that know best,” Gurubhagavatula said. “It might mean the assignment of tasks or organizing task loads. Having some freedom in having people self-select where they would be best suited is a way to mitigate the effects.”

While employers have a part to play, at the same time, workers carry equal responsibility in managing their own health.

Whether at work or home, individuals are encouraged to practice favorable sleep hygiene.

Sleep hygiene refers to a group of behaviors and practices that either promote good sleep or work against it. Gurubhagavatula recommended limiting caffeine, especially late in a shift.

She also said, while naps can be effective, to make sure not to exceed 30 to 40 minutes. The optimal time for a nap comes when the body arrives at its natural dip. This generally comes in the mid-afternoon or in the late hours of night from 2 a.m. to 4 a.m. Workers should avoid safety sensitive activities immediately after a nap.

Gurubhagavatula also advised against using alcohol as a method for falling asleep quickly.

“Alcohol can make people fall asleep faster, but in the second half of the night, the brain has to deal with the withdrawal of alcohol and what’s called a rebound insomnia,” Gurubhagavatula said. “Alcohol can really impair sleep quality so that at the end of the sleep period, people are still feeling very tired.”

Adapting to a New Shift

Shortages caused by the pandemic have forced closures in numerous plants, and sometimes, only temporarily. In June, Suzuki Motor Corp. announced it would pause production at Japanese plants for two and seven days, respectively.

“Usually it takes about five days to reacclimate to a new shift,” Gurubhagavatula said. “If they’re down for longer than that, it’s really easy to adapt to a new schedule. If they know how long they’re going to be down, then it’s a good idea to prepare for getting back to work. A few days before you go back to work, start getting back into the habit that you have to be in in order to acclimate.”

Major Pillar of a Healthy Lifestyle

Gurubhagavatula strongly recommends anyone who suspects they have a sleeping disorder to seek healthcare and urges employers to ensure healthcare is available.

“Sufficient sleep is really one of the three major pillars of a healthy lifestyle,” Gurubhagavatula said. “You need good nutrition, you need regular exercise and you need healthy sleep. If you don’t have it because you’re not sleeping enough or because the sleep you’re getting is not a sufficient quality, then other problems like diabetes, obesity and even earlier death [can occur].”

The American Academy of Sleep Medicine recommends a minimum of seven hours of sleep per day.

Here's our teaser for this year's Big 50 List. Who moved up, down or joined the list? Find out starting later this month.
Sep 10th, 2021
Follow Us
Most Recent