Motion Industries, one of the largest industrial distributors in the country, faced a challenging year in 2013 with sales dropping slightly in each of the first three quarters. However, sales increased 3% in the final quarter, encouraging company executives to be optimistic for 2014. 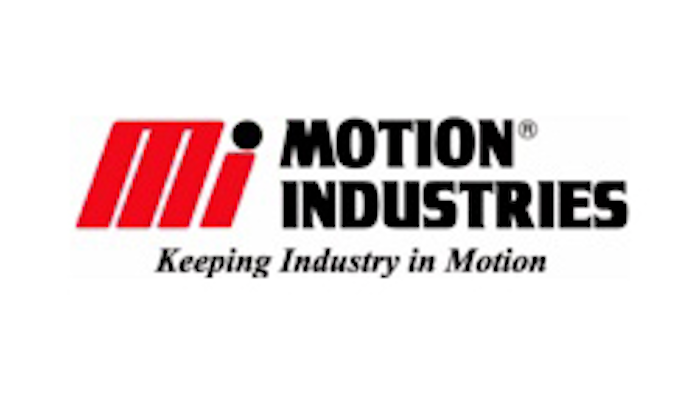 Motion Industries, one of the largest industrial distributors in the country, faced a challenging year in 2013 with sales dropping slightly in each of the first three quarters but increasing 3% in the final quarter, encouraging company executives to be optimistic for 2014. Motion ended the year with sales down only one half of one percent.

Motion, which is a division of the Genuine Parts Co., has consistently been a top performer in the power transmission, fluid power, and hose industrial markets. It has also been active in acquisitions and that will continue to be part of the company’s overall strategic plan for growth.

Tom Gallagher, chairman and CEO of Genuine Parts, recently told analysts in an earnings conference call that Motion grew sales in the automotive, pulp and paper, and wood products segments, but experienced softness in the equipment and machinery categories. This downturn was largely a result of several heavy equipment manufacturers reporting sluggish demand both in North America and in their export markets. As a result, Motion said the equipment and machinery segments were down for the year.

Gallagher said he was encouraged that nine of Motion’s top customer categories had positive growth for 2013. This, combined with historically healthy industrial and capacity levels as well as its recently completed acquisition of CSI in Western Canada, Motion is positioning itself for a stronger performance in 2014. In the fourth quarter, Motion closed on two acquisitions, while GPC said EIS, the company’s electrical segment, completed one acquisition. The combined annual revenues for these three acquisitions are approximately $125 million.

GPC says it will continue to look for acquisitions and through the first few months of this year bought three more companies.

EIS reported decreases of 5%, 4%, and 5% over the first three quarters of the year, followed by a positive fourth quarter of 6% aided by an acquisition completed at the end of October. EIS ended the year down 2%. There were a number of factors that influenced the EIS results in 2013, including the impact of sequestration on the defense contractor customers and also the fairly significant decline in copper pricing, Gallagher said. EIS has completed two bolt on acquisitions in the past few months.

The company is optimistic about the growth of EIS. Although copper pricing may continue to be a bit of headwind at least in the early part of 2014, Gallagher said business seems to be improving and a bit more stable for the company’s defense business.

“However, we know that we lost business in January and again in February because of the weather in the industrial segment, and it's true across all of our non-automotive businesses. How much of that we can recover through the remainder of the quarter, we'll just have to wait and see. But I would say that our expectation for the year is positive and we think that we have an opportunity to have a better year in the underlying business in industrial than what we had in 2013,” Gallagher added, according to a transcript of the call as provided by www.seekingalpha.com