In December, 3D printing took another leap forward when Michigan Technological University scientists invented a 3D metal printer available at a relatively affordable price — around $1,500. Oh, and they made the instructions for building the machine, as well as the operating software and firmware, available online for anyone to download. 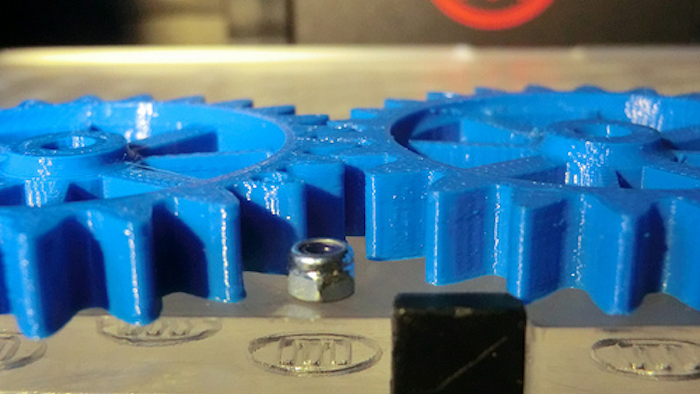 At the 2014 NAW Executive Summit in January, Guy Blissett – wholesale distribution lead for IBM and author of NAW’s Facing the Forces of Change – warned an audience of wholesale distribution company executives to be on the lookout for a very disruptive technology: 3D printing. Recently 3D printing took another leap forward when Michigan Technological University scientists invented a 3D metal printer available at a relatively affordable price — around $1,500. So what do businesses need to know about 3D printing?

In the previous 3D printing article, we discussed how 3D printing technology could potentially lower costs and increase production in manufacturing businesses. So far, 3D printers have used primarily plastic to create images, because it’s an easy material to work with. But last month, 3D printing took another leap forward when Michigan Technological University scientists invented a 3D metal printer available at a relatively affordable price — around $1,500. Oh, and they made the instructions for building the machine, as well as the operating software and firmware, available online for anyone to download.

While the machine is still a work in progress, it opens up the possibility of 3D metal printing for medium and small businesses, and even dedicated hobbyists. Here are some possible pros and cons that result from affordable, open-source 3D metal printers.

Making the printer’s building plans available online means that anybody with the resources and skills can build their own 3D metal printer. This allows for more innovation, as experienced engineers are able to adjust designs based on their company’s needs.

In fact, this was something Michigan Tech’s associate engineering professor Joshua Pearce anticipated when his team created the machine. He said someone else would probably improve the machine within a month of releasing the blueprints and software.

So far, metal 3D printing has mainly been utilized by commercial businesses, as larger-scale printing machines can cost hundreds of thousands of dollars. With the development of low-cost metal printing machines, smaller businesses and workshops can create the materials they need in-house.

Not only will small businesses be able to produce their own parts, but blueprints for parts can be downloaded for free. This eliminates the need for some parts to be ordered from third-party vendors, which reduces even more of the costs for metal parts.

Unfortunately, 3D metal printers come with more safety hazards than their plastic printing counterparts. It’s not recommended for home use, as it requires more safety gear to operate, and — due to the sparks the machine creates — should be operated in an area with adequate fire protection equipment.

Another concern lies with the types of materials users can create. People now potentially have the ability to recreate more realistic metal guns and knives — something that was already a concern with plastic printers.

As stated earlier, with the so-called DIY metal printer being a work in progress, there are some tasks it can’t handle. According to Pearce, the machine can only make items small enough to fit inside a breadbox, and due to the way it’s designed, it can’t create vertical holes in parts.

As of now, a sprocket is the most detailed part the machine has produced. So, while the machine can produce smaller materials needed for workshops, it isn’t able to produce intricate items like welder replacement parts, or machining instruments.

When it comes down to it, the potential future for metal printing outweighs the few safety concerns and limitations. While these devices have few applications now, making 3D metal printing more available opens up possibilities for more innovation in 3D printing, in general.

Hopefully — as exploration of 3D metal printing increase — larger and more intricate parts can be created on-demand, eliminating the need for businesses to order outside products which, in turn, will reduce costs for consumers.