To meet demand, the company said it's opening two new power tool plants and one new hand tool plant — all in North America.

The New Britain, CT-based company posted total Q3 sales of $4.26 billion, up 11 percent year-over-year on the strength of volume (+8 percent), price (+2) and currency (+1). SBD's gross margin for the July-September quarter was 32.6 percent, well below the 35.7 percent of a year earlier and 35.9 percent in Q2. The company said the difference was driven by accelerated commodity, transportation and labor inflation required to meet strong demand, which offset benefits from volume, price, productivity and product mix.

In its Q3 investor presentation, the company noted that it is adding capacity in accordance with its "Make Where We Sell Strategy," led by the opening of two new power tool plants and one new hand tool plant — all in North America.

SBD added that it had communicated a 5 percent surcharge in its North America Tools & Storage segment that is effective Nov. 8, as well as global price increases across the business that will take effect during Q4. Those pricing/margin actions are sized to exceed SBD's 2022 headwinds. Those headwinds include spot container prices that have jumped approximately 6 to 7 times and transit times that have ballooned from about 40 days to 85 days — resulting in higher costs to meet demand.

By SBD business segment in Q3:

Updating its full-year 2021 guidance, SBD is now expecting 2021 full-year organic growth of 16 to 17 percent, slightly more narrow than the 16 to 18 percent provided in its Q2 report, but a significant increase from the 11 to 13 percent forecasted in its Q1 report. 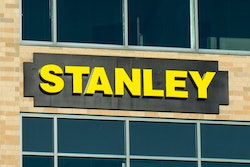