The distributor completed a handful of acquisitions in late 2020 and early this year.

The Houston-based distributor posted total Q2 sales of $286 million for the April-June period, up 13.6 percent year-over-year, a major improvement over Q1's 18.4 percent decline, and declines of 21.4 percent and 32.7 percent in Q4 and Q3 of 2020, respectively. Sequentially, Q2 sales jumped 16.2 percent, accelerating from a 5.6 increase in Q1.

DXP's Q2 gross profit increased 22.2 percent year-over-year and accelerated 18.3 percent from Q1, while operating profit of $15 million dwarfed the $7 million it had a year earlier and $6 million in Q1.

The company's total Q2 net profit was $8 million, likewise up from $2 million a year earlier and in Q1.

The strong Q2 growth came after a busy Q4 2020 and Q1 2021 for the company. During Q1, DXP completed the acquisition of Carter & Verplanck, Inc., a distributor of products and services exclusively focused on serving the water and wastewater markets. C&V has 17 employees and had 2020 total sales of $29.5 million. That followed a busy Q4 in which DXP completed the refinancing of a $300 million Term Loan B, and four acquisitions that brought $114 million in combined revenue into the company. Those four acquisitions added 269 employees to DXP's headcount and were expected to reduce the company's oil & gas exposure by 200-400 basis points.

"Our team continued to improve execution in the second quarter, driving sequential sales growth, and gross margin improvement while maintaining cost discipline. As a result of this performance and the team’s execution, we are confident we will continue to position DXP for long-term profitable growth and a positive outlook for the second half of 2021," said David Little, DXP chairman and CEO. "Most of our customers and the markets we serve continue to show improvement. We remain encouraged by the sequential increases despite the continued choppiness associated with COVID-19."

By DXP business segment in Q2: 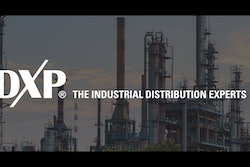