While sales improved considerably since Q2, they were still down 24 percent in Q4 — the same year-over-year deficit MRC had a year earlier.

MRC Global, which brands itself as the largest global distributor of PVF products and services, reported its 2020 fourth quarter and full-year financial results on Thursday, showing that while year-over-year and sequential sales continued to improve since the height of the pandemic's impacts, they were still down by the same considerable deficit that the company had a year earlier.

MRC reported Q4 total sales of $579 million, down 24 percent year-over-year (identical to Q4 2019), and down about 1 percent sequentially from Q3. Those figures compare with Q3 sales that were down 38 percent year-over-year and down 4 percent sequentially. MRC said that sequentially, the flat sales came amid growth in both the gas utilities and upstream production sectors, offset by declines in the midstream pipeline and downstream and industrial sectors. Year-over-year, the sales decline was across all sectors and segments besides gas utilities, which had significant growth.

"The COVID-19 pandemic and related mitigation measures have created significant volatility and uncertainty in the oil and gas industry," the company said Thursday. "Oil demand has significantly deteriorated as a result. The unparalleled demand destruction has resulted in lower spending by our customers and reduced demand for the company's products and services. Although we have seen a modest improvement in oil demand, uncertainty exists as to when a more significant recovery will occur." 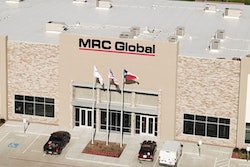 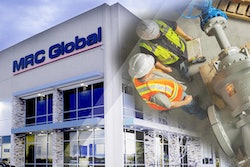