NOW Inc. Headcount Down 40% This Year Amid Major Transformation

The company will be much smaller in scale going forward than it was at the end of 2019.

Oilfield products distributor and energy services provider NOW Inc. reported its 2020 second quarter financial results on Wednesday, revealing details about the company's significant downsizing amid end markets that have been hammered for more than a year, both by underlying weakened demand and COVID-19 industrial shutdowns.

The Houston-based company, under the direction of new CEO Dave Cherechinsky as of June 1, showed that it has reduced its headcount by 40 percent since the start of the year from 4,400 to 2,650 as it transforms its business model into one that is more centralized with smaller branches and reduced personnel, vehicles, square footage and inventory. It follows up on the company's Q1 earnings presentation in which NOW said it would cut headcount by 1,250 this year and reduce its physical footprint. The company's Q2 earnings presentation showed that in 2020, it has reduced headcount by approximately 1,750.

Meanwhile, the company's sales reflect those changes, as NOW's Q2 sales of $370 million were down 39 percent from Q1 and were down 52 percent year-over-year.

It's a rapid change for the company, which does primarily does business through its DistributionNOW brand — No. 9 on Industrial Distribution's 2019 Big 50 List. In 2018, the company had full-year sales of $3.13 billion.

The company has zero debt.

As it said in its Q1 earnings presentation, NOW reiterated Wednesday that it is offshoring lower-level back office labor while the company deploys technology to augment labor content. NOW is rolling out a new order management system that it said will enable a more efficient quote-to-order process, yielding higher employee productivity. 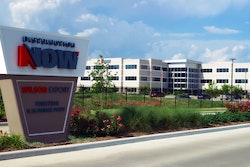 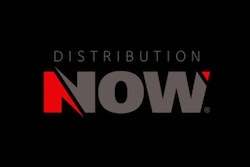