Home Depot reported better than expected profit and revenue for the first quarter despite a damp start to 2019. 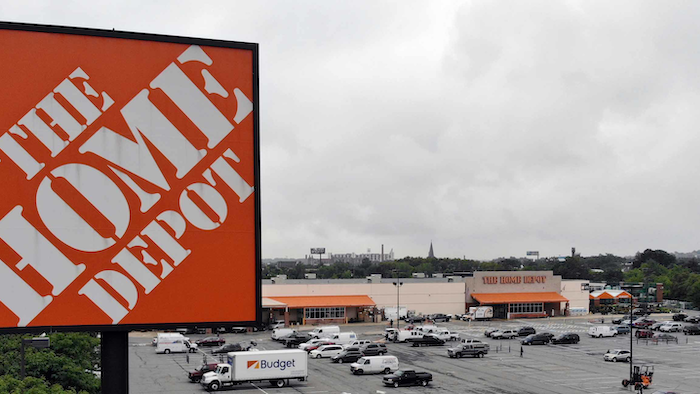 Home Depot reported better than expected profit and revenue for the first quarter despite a damp start to 2019.

That inclement weather and an extra week in the previous fiscal year weighed on the home improvement retailer's comparable store sales.

Comparable store sales, a key gauge of a retailer's health, increased 2.5 percent, short of the 4.2 percent expected by industry analysts, according to a survey Zacks Investment Research. In the U.S., same-store sales climbed 3 percent.

Shares declined less than 1 percent before the market opened Tuesday.

Neil Saunders, managing director of GlobalData Retail, said weather was not the only thing Home Depot had to deal with.

"The consumer economy was also more unfavorable than last year, when tax cuts, good tax refunds and generally high confidence were all boosting spend," Saunders said. "While shoppers are far from being in the doldrums, the prevailing attitude now is more cautious and careful."

Home Depot customers did spend more in the quarter, but barely, with the average ticket climbing 2 percent. The number of customer transactions also improved, up 3.8 percent from a year earlier.

The Atlanta company still foresees fiscal 2019 earnings up about 3.1 percent from fiscal 2018 to $10.03 per share. It maintains sales will rise by approximately 3.3 percent.

That easily beat the $2.16 per share analysts polled by Zacks were calling for.

Portions of this story were generated by Automated Insights using data from Zacks Investment Research. Access a Zacks stock report on HD at https://www.zacks.com/ap/HD

Main image: In this Aug. 14, 2018 file photo shows a Home Depot store in Passaic, N.J. Home Depot is reporting better than expected profit and revenue for the first quarter, though bad weather early in the year and an extra week in the fiscal year dampened the home improvement retailer’s comparable store sales. Those sales, watched closely by industry analysts, rose 2.5%, short of the 4.2% they were expecting, according to a survey by Zacks Investment Research. (AP Photo/Ted Shaffrey, File)