US Challenges China, EU And Others At WTO Over Steel Tariffs

The Trump administration on Monday brought cases against China, the European Union, Canada, Mexico and Turkey at the World Trade Organization for retaliating against American tariffs on imported steel and aluminum. 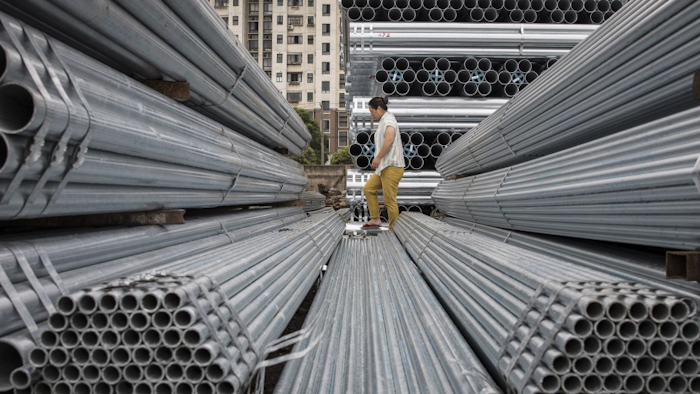 WASHINGTON (AP) — The Trump administration on Monday brought cases against China, the European Union, Canada, Mexico and Turkey at the World Trade Organization for retaliating against American tariffs on imported steel and aluminum.

The United States has imposed tariffs of 25 percent on steel and 10 percent on aluminum on the grounds that the imported metals pose a threat to U.S. national security. China, the EU, Canada, Mexico and Turkey have counterpunched with taxes on more than $24 billion worth of U.S. exports.

"Instead of working with us to address a common problem, some of our trading partners have elected to respond with retaliatory tariffs designed to punish American workers, farmers and companies," Lighthizer said.

If the WTO agrees that the retaliatory duties violate its rules, it would assess the damage and calculate the tariffs that the United States would be entitled to impose in response — retaliation for the retaliation. But WTO proceedings can drag on for years.

In taxing imported steel and aluminum from some countries in March and others in June, President Donald Trump deployed a little-used weapon in American trade policy: Under the Trade Expansion Act of 1962, presidents are empowered to impose unlimited tariffs on imports that the Commerce Department asserts are threats to America's national security.

The WTO gives countries broad leeway to determine national security interests. But there was long an unwritten agreement that WTO member countries would use the national-security justification only very sparingly to avoid abuses.

Trump's steel and aluminum tariffs broke that taboo. Now the Commerce Department is pursuing another, bigger national-security case against auto imports. Hearings on the proposed auto tariffs are set for Thursday and Friday in Washington.

Separately, Trump is engaged in a trade war with China over the aggressive tactics Beijing has used to challenge U.S. technological dominance. According to the Trump administration, these include outright cybertheft and forcing U.S. companies to hand over trade secrets in exchange for access to the Chinese market.

Last week, the administration announced 10 percent tariffs on $200 billion worth of Chinese goods, which won't take effect until at least September. On Monday, China said that it filed a WTO challenge against those proposed U.S. tariffs.