Fastenal daily sales growth held steady at near 13 percent year-over-year for a third-straight month in August — its first such streak since January of 2015. 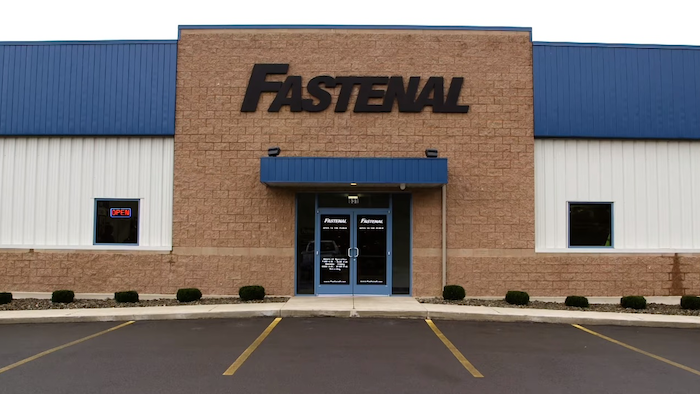 The Winona, MN-based company posted August sales of $411.5 million, up 12.8 percent year-over-year, with daily sales up by that same amount. It follows Fastenal's July that had $350.0 million in sales, which was up 12.9 percent YoY.

Here's how Fastenal's monthly daily sales have fared since the start of 2014:

As you can see, following a rough 2015-2016 stretch during an industrial downturn, Fastenal has roared back since the start of spring 2017 as the industrial economy has recovered.

Fastenal opened one new store during July and didn't close any, bringing its total store count to 2,454 as of Aug. 31 — down 156 from a year earlier.

Fastenal ended August with a total company headcount of 20,111, which includes 123 added from the Mansco acquisition. That count is down 119 from the end of July and up 1.1 percent from a year earlier. The company's branch and Onsite personnel count is up 2.6 percent year-over-year, with total selling personnel of 13,332 up 2.9 percent.