Fastenal had sales growth across the board in Q1, with March being the company's best daily sales growth month since February 2015. The company continued to reduce its overall store count, but ramped up its Onsite locations and further grew its installed vending machines count. 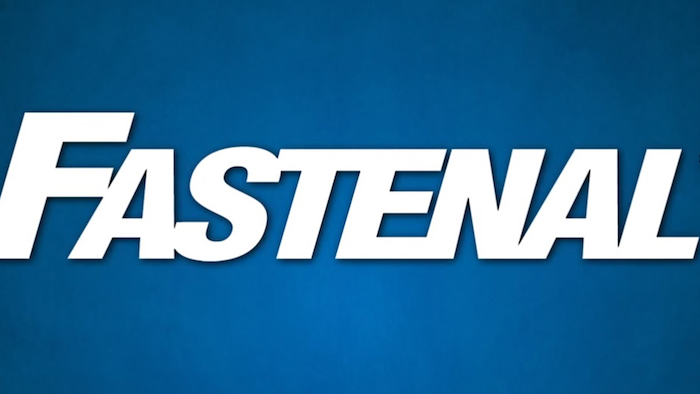 Winona, MN-based Fastenal — No. 10 on Industrial Distribution's Big 50 List — reported its 2017 first quarter results on Wednesday, highlighted by considerable growth figures across the board.

Overall, the quarter showed solid sequential improvement from Q4, in which sales rose 2.7 percent and profit rose 2.6 percent. Before that, Q3 2016 had a 1.8 percent sales decrease and a 7.0 percent profit decrease.

Fastenal's strong Q1 2017 is the latest sign of major improvement in the overall industrial products economy over the last six months.

"We are pleased with the improving pace of business growth in the first quarter of 2017," said Dan Florness, Fastenal president and CEO. "This is a welcome sign of improving customer business activity and of the traction we are gaining in our growth drivers."

Fastenal had March sales of $387 million, up 8.4 percent YoY, with daily sales up by that same amount. That marks the company's best daily sales growth month since February 2015 (8.6 percent).

Here's how the past 13 months of Fastenal's daily sales growth has been:

The company's Fastener products — which comprised 35.6 percent of total sales — made a return to growth in Q1 with a 0.8 percent YoY increase. Previously, fastener sales had declined YoY in the previous six recorded fiscal quarters, including 2.7 percent in Q4 2016.

"During the last twelve months, we have reduced our headcount by 489 people in our stores and 687 people in total," the company said in its Q1 earnings release. "These reductions can be primarily attributed to natural attrition rather than an active headcount reduction program. We continue to add headcount where necessary to support our growth initiatives, notably our Onsite business. However, the softness of the North American industrial economy during 2016 has caused us to more intensively scrutinize our full- and part-time staffing levels outside of these initiatives."

"Our store network forms the foundation of our business strategy, and we will continue to open or close stores in 2017 as is deemed necessary to sustain and improve our network and support our growth drivers," Fastenal said.