There's plenty of reasons for business optimism right now. Here's what ID is watching in distributors' and suppliers' fiscal reports throughout April.

Baseball is back, millions of Americans are receiving the COVID-19 vaccine every day (I get my second dose in two weeks), spring plants are sprouting after a rough winter and US factory activity just hit its best expansion rate since 1983.

Yes, while the pandemic will be ever-present in our daily lives for months to come yet, there are plenty of reasons to be optimistic right now about the business climate.

Even with major supply chain issues left and right — the clearing backlog of cargo held up by the Ever Given shipping liner and a shortage of semiconductors causing automotive plant shutdowns, to name a couple — I’m finally looking forward to the verbiage I might find in the upcoming quarterly financial reports from major industrial distributors and suppliers over the next month.

Publicly-traded companies are about to report their results for the January-March quarter, and as far as the firms Industrial Distribution covers, MSC Industrial Supply is the first up to bat on Wednesday, April 7 when it reports its Q2 result (MSC’s fiscal year began Aug. 30, 2020). And whereas the past four quarters of fiscal reports amid the greater manufacturing sector have been led by considerable year-over-year declines in revenue and profits, this past quarter is likely to be the first since a Q1 2020 that many distributors and suppliers saw year-over-year growth.

With business impacts of the pandemic first showing up in financial reports in the January-March 2020 period, that means this past quarter is the first of such that has a baseline comparison within the pandemic. And while the pandemic only began to impact business near the tail end of that January-March 2020 quarter, it was enough that it will be more comparable to this most recent quarter, as opposed to comparing, say, Q2 of 2019 (when most manufacturers were reporting healthy growth) vs. Q2 of 2020 (when most manufacturers were reeling from sudden large drops in demand and volume).

Here’s some other things I’ll be keeping an eye on as I scour earnings reports and investor presentations throughout April:

Return to the Office?

Since the pandemic first spread throughout the US in March-April 2020, the majority of office workers at distributors and suppliers have been predominantly working remotely. Obviously, that’s not the case for positions in warehousing and freight operations, but overall, most employees that don’t need to be at the facility have been working from home. With more and more employees becoming partially or fully vaccinated in the coming months, it’ll be interesting to see if these companies provide a timeline for an expected return to having most office employees actually return to the office. Microsoft is already easing some workers back into its offices, while Amazon reportedly told workers March 30 that it plans to have employees back in its offices by this fall. Be sure to check out my recent "5 Minutes With ID" interview with MSC Industrial's SVP of customer success about the company's previously-announced pivot to a virtual and digital customer support model, which I'll be interested to see if other top distributors model after.

Those distributors and suppliers that had broad offerings in PPE and sanitation products early in the pandemic — or were able to rapidly procure them — fared far better than firms without those product lines. Fastenal and Grainger immediately come to mind, but as Fastenal has reported on a monthly basis, its share of safety products has steadily declined since skyrocketing last spring, while sales of its core products — including fasteners — have steadily increased. I fully expect distributors’ sales of safety products to remain elevated for the remainder of 2021, but I’ll look to see how product mix has further regulated in recent months.

As distributors have navigated the pandemic and weakened demand for industrial products due to lasting plant shutdowns, closures at schools/universities/institutions and low oil & gas rig counts, some of them lowered prices as a means to help boost sales volumes, knowing they’d take a hit to gross margins. With industrial activity improved through early April and the expectation of continued economic expansion going forward, I’m looking to see if distributors mention planned pricing increases or alternative measures to boost profit margins.

Since March 2020, major distributors and suppliers have largely been mum on providing guidance/outlook for the next 3-6 months due to major volatility in the market caused by the pandemic. But with industrial demand somewhat steadying over the past quarter, I’m expecting at least some distributors to provide a sense of expected revenue in the near-term. 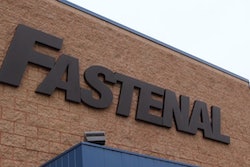