The workers, union members of Teamsters Local 100 in Cincinnati, voiced their opinions on Airgas' contract proposals that the union says would destroy job security and seniority, as well as remove workers' legal rights to honor picket lines. 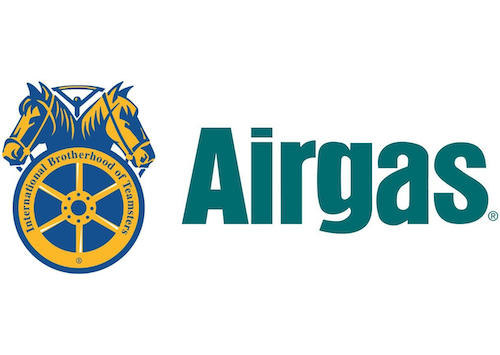 One week after Airgas employees and union members protested the company's acquisition by France-based Air Liquide at its Houston headquarters, Cincinnati Airgas drivers and plant operation workers have voted unanimously to authorize a strike.

The workers, union members of Teamsters Local 100 in Cincinnati, voiced their opinions on Airgas' contract proposals that the union says would destroy job security and seniority, as well as remove workers' legal rights to honor picket lines.

"Our contract has been expired for three months. In contract negotiations, Airgas hasn't even responded to our modest economic proposals," Teamsters chief steward and negiation committee member Barry Perkins said in a release Tuesday. "If we go along with what Airgas is demanding, we'd be voting ourselves out of a job."

Founded in 1903, the International Brotherhood of Teamsters has 1.4 million members throughout the United States, Canada, and Puerto Rico.

"AirGas is attacking its workers' fundamental workplace rights. The company has a loyal and dedicated workforce at the Cincinnati facility. There's no logical reason for the attacks," said Sam Bucalo, Business Agent with Local 100.

"Air Liquide's acquisition, Airgas, has been abusing workers across America by locking them out during contract negotiations; threatening workers with loss of health care benefits and wages; and attempting to break its workers' unions by illegally threatening union activists," said Keith Gleason, Teamsters Tankhaul Division Director in Tuesday's release.

Gleason said the union has had a limited, but reasonable working relationship with Air Liquide.

"We have reached out to incoming management to keep the working relationship on track, but so far there has been no response," Gleason went on to say. "It's not responsible to employees or shareholders for Air Liquide to take a hands-off approach to the deteriorating labor relations at Airgas.

"The problem at Airgas extends across North America and is putting its business at risk, including current and future pipeline projects."

The strike is the latest in a longstanding string of confrontations between Airgas and Teamsters. Last July, long-term Airgas shareholder and Teamsters Secretary-Treasurer Ken Hall issued a letter to Airgas shareholders, urging them to withhold support from three independent board members who were standing for re-election and calling for those board members to resign.

Current estimates indicate there are about 300,000 unfilled jobs in the construction industry.
Jun 11th, 2019

Manufacturers and distributors spent, on average, $4.2 million on training last year.
May 28th, 2019

Participants of the webinar will learn: • How to use IBP to clearly connect strategy to portfolio management, demand management, and supply management. • How IBP helps executive management to better focus on what matters to ensure the execution of strategy. • How to stay out of the “weeds” day to day and lead the organization to realize its strategies and financial goals.
Oliver Wight

The working dead—employees with low motivation—can be devastating to your company’s performance and long-term potential.
May 14th, 2019

What a Great Boss Looks Like—How to Enable New Employees

Leadership is about teams producing results with a purpose mindset.
May 13th, 2019

The urge to innovate is strong, but some approaches to workforce development have persisted for a reason.
May 8th, 2019

Here are a few steps you can take to help illustrate to new graduates the opportunities that abound in supply chain and logistics, allowing you to attract the newest members of the workforce to your business.
Apr 16th, 2019

In addition to the worker shortage, there’s also a skills gap to contend with.
Mar 5th, 2019

A UPS driver proved that man is a dog’s best friend after rescuing one from a freezing pond during his shift just before the Christmas holiday.
Rachelle Blair-Frasier
Jan 18th, 2019

Survey Finds Most Employees Want to Learn on the Job by Video, in Five Minutes or Less

The second edition of “Voice of the E-Learner” survey asked 1,327 workers from manufacturers and distributors in the electrical, plumbing, HVAC and industrial tools industries about their perceptions of online learning.
Dec 13th, 2018