The cuts show that logistics companies aren't waiting to see if the industrial economy recovers, while e-commerce growth continues to boost the warehousing sector. 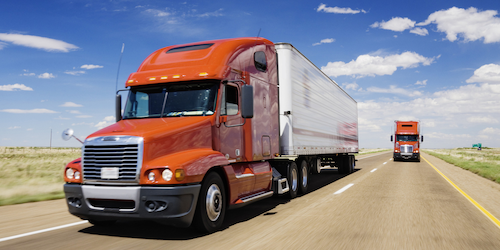 Trucking companies cut 6,300 jobs in June, the biggest monthly reduction so far in 2016. This comes after an already slow start to what is supposed to be the peak shipping season. The New York Times also cites ACT Research showing that June orders for big rigs reached a nearly six-year low.

Likewise, jobs in freight rail operations continued cuts with another 1,600 fewer jobs in June. In the past 12 months, railraods have cut employment by 29,600 jobs.

Combined, transport and logistics jobs were cut by 9,400.

The numbers are further evidence of an impending shortage in trucking resources within the next couple of years that could result in rising shipping costs.

On the flipside, warehousing and storage jobs gained another 4,700 jobs, bolstered by continued growth in e-commerce. That sector has gained 54,600 jobs in the past year.

Friday's June report showed that overall nationwide unemployment increased to 4.9 percent last month, up from 4.7 percent in May.

The number of unemployed persons increased by 347,000 to 7.8 million in June. However, the Associated Press states "the uptick occurred mainly for an encouraging reason: More Americans began seeking jobs — a sign of growing confidence in their prospects — though many didn't immediately find work."

Meanwhile, the total nonfarm payroll employment increased by 287,000 after adding only 11,000 jobs in May.

Factories are rushing to boost production as the number of infections and deaths from the new virus first found in the central Chinese city of Wuhan climbs.
Haruka Nuga
Grant Peck
Jan 28th, 2020

With Britain leaving the EU on Jan. 31, replacing trade ties with other post-Brexit pacts is considered critical for the nation's economy and future.
Danica Kirka
Jan 27th, 2020