Port of Virginia Adds Largest Shipping Cranes in the U.S.

The 170 foot tall ship to shore cranes arrived from China earlier this week. 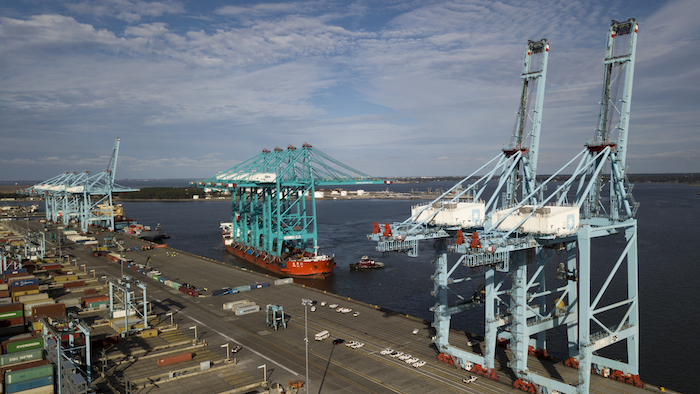 Four 170 foot tall ship to shore cranes arrived at the Port of Virginia on Monday, the latest step in a $320 million expansion of the Virginia International Gateway. Officials maintain the cranes are the largest ever employed in the U.S.

The gantry cranes were procured from Zhenhua Heavy Industries Co. Ltd. in a $44.8 million deal that includes installation of the behemoths as well as the significant task of transporting them across the sea. Now that the cranes have arrived, it will take approximately two months of additional preparatory work before they are fully incorporated into the port’s operations.

The total count of cranes at the Port of Virginia hits 30 with the new additions. Current cranes at the port are capable of handily transferring cargo to and from ships with a width of 22 to 24 containers. The newcomers can swing further out.

“What is unique about these cranes is their outreach, they will be able to reach across a vessel that is 26 containers wide, which is three-to-four containers wider than most cranes,” explained John G. Milliken, chairman of the Virginia Port Authority Board, when the cranes were ordered.

At the time, Milliken added that the cranes will be needed to accommodate larger ship expected to be more commonplace in the future.

“These things will have a lot of life in them in terms of years of use,” Joe Harris, spokesperson for the Port of Virginia, told the News-Herald. 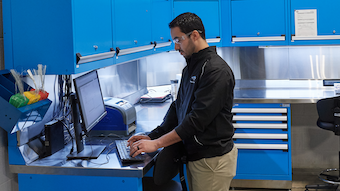