Large companies would have to commence filing all workplace injury and illness reports electronically so they can be posted online and made available to the public, under new regulations the government proposed Thursday.

WASHINGTON (AP) -- Large companies would have to commence filing all workplace injury and illness reports electronically so they can be posted online and made available to the public, under new regulations the government proposed Thursday.

Safety advocates said the proposal by the Labor Department would put more pressure on companies to comply with workplace safety rules and allow employees and the public to identify businesses with poor safety records. But business groups contend making the information public could be misleading and intrusive.

David Michaels, head of the department's Occupational Safety and Health Administration, said the changes would provide better access to data for government safety inspectors as well as workers, employers, researchers and the public. That would "encourage earlier abatement of hazards and result in improved programs to reduce workplace hazards and prevent injuries, illnesses and fatalities," he said.

OSHA said the change is in line with President Barack Obama's initiative to increase public access to government data. The plan would require companies with more than 250 employees to submit the data electronically on a quarterly basis.

Under the proposal, companies with 20 or more employees in certain industries with high injury and illness rates would be required to submit electronically a summary of work-related injuries and illnesses once a year.

The agency said it would "eventually" post the data online, though it didn't say how quickly that would happen. Given OSHA's limited resources, the new filing procedures would help OSHA target its enforcement more effectively where workers are at greatest risk, the agency said.

Business groups say they are likely to oppose the plan, contending that raw injury data can be misleading or contain sensitive information that can be misused.

Marc Freedman, executive director for labor policy at the U.S. Chamber of Commerce, said the mere recording of an injury does not tell the full story about the circumstances surrounding it or whether the company has a good safety program.

"Making company-specific data on injuries available for all to see would be a major problem and would likely lead to companies being targeted by outside groups who want to characterize these employers as having bad safety records," Freedman said.

Under current rules, employers are required to post annual summaries of injury and illness reports in a common area where they can be seen by employees. Some companies are also asked to submit their data to the Bureau of Labor statistics for its annual report on workplace injuries. But that data does not reveal the company where an incident occurred.

Celeste Monforton, a lecturer at George Washington University's School of Public Health who specializes in work health and safety policy, said mining companies have had their injury reports posted online for years on the Mining Safety and Health Administration's website. That has allowed the public and employers to compare safety records and has pressured some companies to improve.

"Mine operators have been doing this forever and the world did not come to an end," Monforton said. "It's all about disclosure."

Some safety advocates have complained for years that OSHA fines are often not high enough to deter companies from having unsafe workplaces. In 2010, Michaels testified before a House committee on the need to raise OSHA fines to send a stronger message of deterrence to employers. He told lawmakers then that the average OSHA penalty is about $1,000 and the median initial penalty proposed for cases where a worker was killed was $5,900.

But Congress has resisted calls to increase the agency's authority to impose greater fines. Public disclosure of accident reports could be another way for OSHA to increase pressure on companies to comply with safety rules.

The proposed rule is part of a flurry of activity at the Labor Department since Thomas Perez was confirmed to head the agency earlier this year. In August, OSHA announced plans to dramatically limit workplace exposure to silica dust. 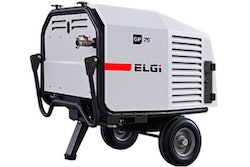 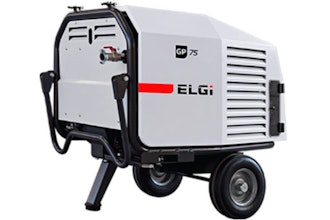 The Rotair brand will now be known as ELGi compressors.
December 6, 2022