Ever since the Great Recession, there has been a debate about investing in rebuilding our infrastructure to create new jobs. But just what is infrastructure and how much of it needs to be repaired or replaced? 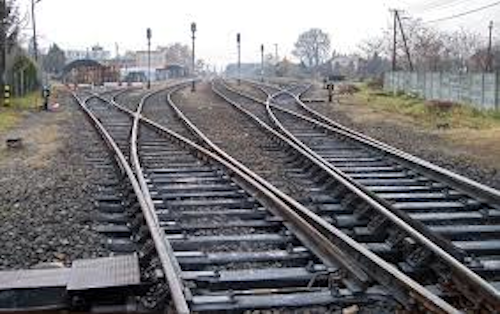 Ever since the Great Recession, there has been a debate about investing in rebuilding our infrastructure to create new jobs. But just what is infrastructure and how much of it needs to be repaired or replaced?

Highways, Bridges & Waterways
The collapse of the I-35 Bridge in Minnesota and the I-5 Bridge in the State of Washington are subtle reminders of our highway and bridge problems. The original system to fund our highways was an 18.5 cent per gallon gas tax. But the Congressional Budget Office says that the gas tax is now insufficient and this “Highway Travel Fund” will run out of money in 2014.
According to the Federal Highway Administration’s Bridge Inventory, 146,633 out of 604,474 bridges in the United States are structurally deficient or functionally obsolete, amounting to a whopping 24.3 percent of all bridges in the country.
The American Society of Civil Engineers (ASCE) published a study that says it is going to take at least $220 billion per year for 30 years to repair and upgrade America’s highway and bridge systems. The study also makes the point that underinvestment in the system will cost the households and businesses $130 billion per year in emergency repairs, vehicle operating costs, and travel delays.
Water and Sewer Systems
Despite how critical drinking water and sanitation are for public health, many of these underground systems have reached or exceeded their operational life and need to be repaired or replaced. Every year there are thousands of water pipe or sewer line breaks that cost $3 billion in emergency repairs. Many of these systems were installed in larger cities as long as 100 years ago and have been poorly maintained.
According to the Center for American Progress, there are 240,000 water main breaks per year, and “as much as 20 to 25 percent of the treated water that enters the distribution system is lost to leakage.”
After clean water is used by consumers and businesses it must be cleaned and treated as wastewater in 14,780 waste water treatment plants and discharged through 800,000 miles of sewer pipes. The capacity of this system has been exceeded and “every year there are 75,000 over flows in the U.S., discharging approximately 900 billion gallons of untreated sewage into lakes, rivers, and streams.”
The problems with sewer pipes are twofold. First, the U.S. Geological Survey has found that leaking sewer pipes are allowing intestinal viruses to get into the drinking water. Second, even though nobody really knows how many leaks there are in the underground system of sewer line, it is estimated that three to ten billion gallons of raw sewage leak every year from cracks in pipes, improper connections, accidents, and clogs from debris.
The EPA estimates that it will cost between $331 to $450 billion to repair or replace the nation’s sewer system over a period of 20 years. Sewer pipes represent about 75 percent of the capital needs.
A report by the American Water Works Association estimates it will take $1 trillion dollars to repair or replace the drinking water system over 25 years.
The U.S. Electrical Grid
Just about everyone knows that the U.S. has an electrical grid problem, thanks to the media coverage of blackouts that seem to happen with regularity. But the reasons for the blackouts are complicated and the solutions are expensive.
The primary problem is that electrical demand has exceeded the building of transmission lines by 25 percent per year, and the demand is expected to double over the next 20 years.
Another problem is that most of the nation’s 300,000 mile long power grid is 100 years old. The original manufacturers of the parts for these systems are no longer in business, so repair parts are a big problem.
But perhaps the biggest problem of the electrical grid is the original design. Large sections of the grid are tied together by electrical inter locks to protect the equipment. If one part of the system breaks or is overloaded, it will begin shutting itself down to protect the rest of the grid. This is called a “cascading failure” because it progresses through the system like dominoes falling.
A good example was the 2003 North East blackout which shut down electricity to 10 million people in Ontario and 45 million people in the U.S. (most of the N.E. region of the U.S.). The problem was started by a software bug in the alarm system at the control room of the First Energy Corporation of Ohio which then led to a cascading failure.
The answer is to upgrade and replace the old analog grid with a digital “smart and self healing grid” by building microprocessors that would be integrated into every switch, circuit breaker, transformer, and other component.
The power outages are costing us $49 billion a year, but it will cost between $338 to $476 billion over a period of twenty years to build a digital smart grid system.
So it is easy to see that repairing or replacing our infrastructure could exceed $1 trillion and may even exceed the cost of the wars in Afghanistan and Iraq.
Part two of this article will examine why this problem may be an opportunity to create a lot of jobs and why we should invest in infrastructure.
Michael Collins is the author of the Growth Planning Handbook for SMMs. You can find him on the web at www.mpcmgt.com.
Latest in Operations

Selling in 2020: Are You Really Committed?

There are growing concerns that keeping up with the pace of the latest warehouse productivity technology is taking a toll on human workers' health, safety and morale.
Matt O'Brien
Dec 30th, 2019

The jobs most likely to be affected are shift supervisors or assistant managers at restaurants, retailers and manufacturing companies.
Joyce M. Rosenberg
Dec 23rd, 2019

Compliance Amid the Rise of OSHA Inspections

You probably won’t know when a compliance and safety officer will come knocking, but you can be prepared.
Jesse Allred
Dec 16th, 2019

Though capital spending is forecasted to decrease, all 18 of ISM's manufacturing sectors forecast higher 2020 revenues than in 2019.
Mike Hockett
Dec 11th, 2019

With the change in technology, almost immediate access to background data and the proliferation of corporate ethics and compliance programs, the landscape for screening new employees has changed, especially in the last decade or so.
Dec 10th, 2019

Researchers studied 20+ years of data from S&P 1500 firms and found CEOs took home an average of 10% more compensation when working with a CFO who was hired after them.
Duke University
Dec 9th, 2019

While cybercriminals strike at any time of the year, they’re particularly active during the holiday and income tax filing seasons when computer users expect to see more emails.
Joyce M. Rosenberg
Dec 4th, 2019

OSHA’s 2019 Included Most Inspections in 4 Years

Federal OSHA conducted 33,401 inspections in fiscal 2019 — its most since 2015 — and provided training programs to a record number of employees.
Mike Hockett
Dec 4th, 2019