Are You A Process Drone?

I’ve actually endured several arguments over the years from peers who firmly believe that a good process is one that works in spite of people. I understand the point of view, but cannot bring myself to agree. We do all the important things and drive an understanding that for us to build better processes and prevent variation and waste we must follow the process, even if it isn’t perfect. 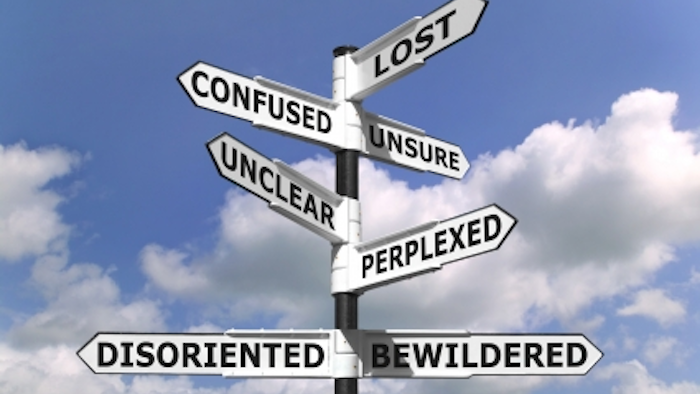 I am a big, big fan of process control and especially process improvement. My own definition of a good process reads as follows.

“A good process is one that enables good people to perform their best.”

I’ve actually endured several arguments over the years from peers who firmly believe that a good process is one that works in spite of people. I understand the point of view, but cannot bring myself to agree.

Let me tell a quick story, another experience from my engagements this week. A business has a new product to deliver to a customer that is already very sensitive and irritable concerning on-time delivery. Unfortunately, the new exterior material, specified by the customer, failed an important regulatory test and the product cannot be shipped.

The source of the problem was immediately traced to an error in the supply chain; the material was not properly treated. OK, so there is an important supplier quality and supplier process problem to solve, not to mention a supplier control issue to address, but the immediate need is to get new material in as quickly as possible, rebuild the product and re-test a sample, now!

Three weeks later, there still isn’t any product, there’s no test sample, and no material. Oops! As we expect, the process repair people and everyone associated to the product, with a finger pointed at them was called into a conference room to sort out what is wrong. A little root cause analysis brought everyone to the source very quickly.

The product hadn’t been tested or delivered.

There wasn’t any material.

The material hadn’t been ordered.

The process says to get a quote.

Why, oh why, is the team waiting for a quote for something that they already have established a contract to get, especially in an emergency situation where the only reason for the purchase order is to get a re-supply of material that came defective? When you are done wiping embarrassed tears of humiliated laughter out of your eyes, we’ll discuss the process drone phenomenon.

The situation demands something outside of the normal process. The process in place is not designed to handle the current situation. The team should not be allowing an emergency to be improperly addressed because they are blindly following a process.

If you read my posts, then you probably know what I’m going to write next. Yes, I believe that the problem of blindly following a process when it clearly should not be followed by wrote is a cultural problem.

I’ve seen it in most organizations that have a deeply ingrained culture of process improvement and process control. We do all the important things and drive an understanding that for us to build better processes and prevent variation and waste we must follow the process, even if it isn’t perfect, so that we can at least measure it and find the problems so we can improve it.

It’s a good and important philosophy. It’s true that we cannot have everyone just doing what is easiest for him or her without understanding what is best for the entire system. That said, there are times when we have needs outside of the norm, but our processes are generally optimized for normal operations.

I can hear the objections through the network as I write my process improvement “blasphemy” because I have already heard them from the other process repairmen. Let me present it this way.

We should not believe that it is correct and good to lose a customer because product is not delivered on time because we followed a process that was not intended to handle the situation we are trying to solve. It goes against the motives and agenda of process improvement to follow a process that will lose revenue and customers. We should also not follow a process when it is not safe, probably because of an unforeseen circumstance the process designers did not address.

Unfortunately, we get so caught up in the philosophy of following process and addressing inefficiencies with corrections, that we stop thinking about whether the process applies. In the real example above, the process problem wasn’t a small inefficiency; it was a very costly emergency.

So, it’s easy to say that as much as we need a disciplined culture that follows process, and we also need an intelligent culture that recognizes when a process does not apply. The question that I’ve been pondering today is how do we accomplish a culture that is disciplined and flexible at the same time. I offer the following and invite readers to supply other suggestions.

Stick to the disciplined approach, but also build in a simple practice of asking the following question before beginning the process.

“Is this need part of the normal operation, or is it an aberration that the process will not address?”

Treat aberrations like exceptions and like a bomb that will explode if you mistreat it, because, metaphorically, that is precisely the effect it can have. Do not put the aberration in the inbox of some purchaser that does not know that the purchase request is part of a monster ready to destroy the business and will simply run it through the normal process. Instead, deal with it directly, with all haste and risk mitigation and care.  Do not put it into the regular system until its aberrant nature is neutralized.

Don’t be an unthinking process drone. Don’t accidentally encourage a culture of process drones with the emphasis on discipline. Insert a habit of recognizing aberrations that must be, unfortunately, treated like exceptions. Don’t put aberrations into the process system. Even the best, most efficient process can’t deal with aberrations and emergencies properly, without a little human intervention. Like it or not, sometimes we must think instead of simply follow process.

If you like what you just read, find more of Alan’s thoughts at www.bizwizwithin.com

A team of researchers proposed a data-driven methodology for quality management in 3D printing.
Jun 18th, 2021

Here are four ways small businesses adapted in response to the pandemic that may have long-lasting effects on future operations.
Jun 10th, 2021
Follow Us
Most Recent