EPA Regulations: Get An Umbrella Before It Rains

Manufacturers are quickly realizing that the traditional methods that were once industry standards are becoming obsolete, unacceptable, and even illegal. 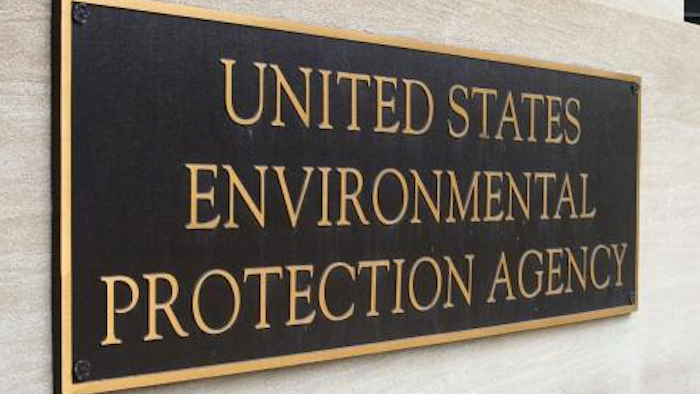 We’ve experienced enormous changes to our way of living in the past 200 years.

Over the past century, we have witnessed the rise of economies on a massive scale. Many countries have grown incredibly wealthy and their growth has been fueled by innovative business practices and aggressive manufacturing of products demanded by billions all over the world.

China, for example, has quickly come to dominate the manufacturing industry and now produces an astounding amount of consumable goods every single year. This increase in manufacturing activity has transformed the country’s economy and now other countries want to replicate the model.

The push for manufacturing is global in scale. But manufacturers are quickly realizing that the traditional methods that were once industry standards are becoming obsolete, unacceptable and even illegal.

The public perception of consumer goods has changed in a fundamental way — the value is not just related to quality, demand and cost of production. It now also includes the consumer’s perception of the product’s impact on the environment, from the way it’s made to the way it’s disposed.

Political headwinds have brought increasing scrutiny of manufacturers across the country and the world, and regulations regarding environment protection are forcing factory owners to change the way they do things. While some environmental regulations have already been enacted by government, there are certainly many more legal guidelines that all manufacturers must heed in the next several years.

Instead of waiting until new environmental laws are officially handed down, many of the most forward-thinking manufacturers are taking steps now to prepare for the future.

We don’t fully understand the environment. This means that when we do something to damage it, we sometimes don’t really know what the full repercussions are going to be.

How long does it take to repair the damage a factory causes to the air around it? What happens if a toxic chemical has killed off the entire ecosystem in a lake? We simply don’t know the entire, long-term extent to which this will impact our planet.

What we do know is that the climate is changing and our way of life is the primary cause of it. Hurricanes, floods and heatwaves are getting more intense around the world with every passing year, and natural resources are dwindling.  We are changing the air with our relentless push for growth and the more fumes our factories throw out, the quicker the hand on the clock moves towards irreversible change.

As of this moment, we are close to the tipping point. Experts across the country believe that we might be close to a point where we simply won’t be able to do much about climate change. This is the primary reason why the tone of the environmental discussion has changed over the past few years.

Governments around the world are now fully aware of the urgency of this issue and are acting on it. Every year brings with it a new wave of regulations and diplomatic treaties between the nations most responsible for the emissions around the world. We’ve made some progress towards more recycling, cleaner manufacturing and better waste management, but it simply isn’t enough and the industry expects to face stricter rules and more regulations going forward.

The Environmental Protection Agency (EPA) is expected to cut down on emissions more firmly than before. They’ve already proposed new rules for making sure heavy-duty trucks are fuel efficient and they are also expected to counter the water wastage in the country with stricter standards for industries using the precious resource.

Water may be the biggest concern going forward as more regions are expected to become water insecure in the coming years. NASA has predicted that the planet will become drier as the years go by and more people will face water shortages than ever before. Since factories use the resource on a much larger scale than individuals, they will come under more intense scrutiny.

Manufacturers and factory owners don’t need psychic powers to see into the future — they know that governments will tighten rules and increase regulations even more in the very near future, so they’ve decided to think long-term and invest in better processes now.

Many companies have already begun having their factories use recycled materials and dispose of waste in responsible ways. They’ve even made efforts to recycle the carbon dioxide they would otherwise have let out into the atmosphere.

In fact, recycled CO2 is being used in industries over water-based coolants as a dry cooling method on select applications and replacing aqueous systems for a waterless cleaning solution.  Measures like these make sense from every perspective; it makes use of recycled gas that would be damaging if left in the atmosphere and it significantly cuts down on the use and waste of precious water.

Although there may be additional short-term costs to transition to a new process, it’s the long-term that manufacturers are focusing on.  Many are attempting to be ahead of the curve and transition to eco-friendly practices in a gradual way before they’re required to do so.  This way, new regulations won’t come as a shock or divert large amounts of the budget to unplanned updates all at once.

When it comes to environmental regulations for manufacturing, the question isn’t if, but when. If you walk out of your house and see dark clouds looming, you grab an umbrella because you know what’s coming — sure, you may not need it in the next 10 minutes, but you’re willing to carry it around for a while knowing you’ll be ready when the first drop falls.

About the Author:  Jon Wikstrom is a guest blogger on several leading environmental and manufacturing blogs and the founder & CEO of Cool Clean Technologies. To learn more, visit www.Coolcleancom.