Of 251 executives surveyed recently, 63 percent said they expected the U.S. economy to expand this year, up significantly from 38 percent in the previous survey conducted in fall 2011. . . 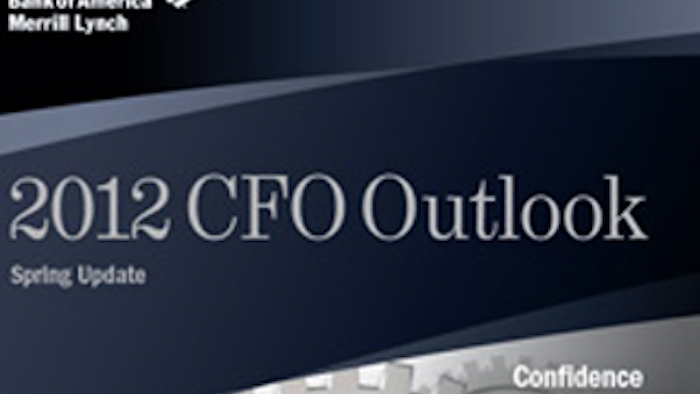 CHARLOTTE – U.S. financial executives are much more optimistic about the national economy than they were last fall, with nearly two-thirds expecting it to grow in 2012, but they remain cautious about the global economy, according to the latest Bank of America Merrill Lynch CFO Outlook survey.

Of 251 executives surveyed recently, 63 percent said they expected the U.S. economy to expand this year, up significantly from 38 percent in the previous survey conducted in fall 2011. Only 4 percent expects the economy to decline, down from 11 percent. CFOs gave the current economy a score of 53 out of 100, up from 44 in the previous report. The global economy received a score of 47, up slightly from 43.

CFOs’ optimism extended to hiring, with 51 percent expecting their companies to add employees in 2012, up from 46 percent. Executives also increasingly forecast higher revenues and profits this year, according to the survey.

“Although challenges remain, CFOs clearly feel better about the economy and opportunities for growth in 2012 than they did in late 2011,” said Laura Whitley, head of Global Commercial Banking at Bank of America Merrill Lynch. “With more executives expecting increases in revenues, profits and personnel, it’s not surprising that optimism about the U.S. economy as a whole is improving.”

As for barriers to business growth, government involvement was the most popular response, chosen by 37 percent of CFOs, followed by weak customer demand, domestic competition and operating costs. When executives were asked how the U.S. government can encourage domestic business growth, the top response was simplify laws and regulations, chosen by 56 percent of CFOs, followed by change corporate tax policy, reduce the budget deficit, and offer tax credits or incentives.

Other notable findings in the survey:

Conducted by Granite Research Consulting, the CFO Outlook helps Bank of America Merrill Lynch better understand how financial executives view the economy. The results were compiled from interviews of CFOs, finance directors and other executives selected randomly from U.S. companies with annual revenues between $25 million and $2 billion.

Interviews were conducted from mid-February to mid-March. The margin of error is +/-6 percent. The full report will be available in mid-May at www.bankofamerica.com/cfooutlook. 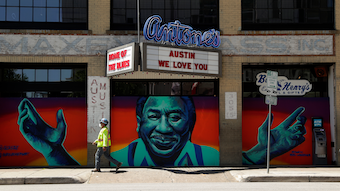 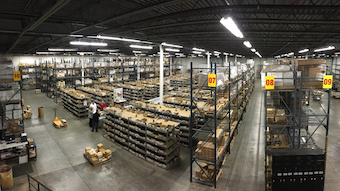 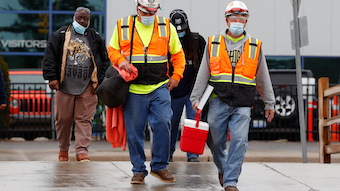 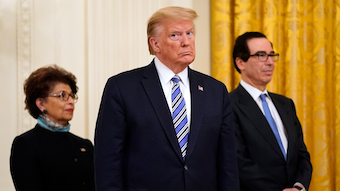 So far, the SBA has only provided general information.
May 19th, 2020

The economy should be able to rebound “substantially,” he said.
May 18th, 2020

And this time, the estimates for the auto industry are somehow even more dire.
May 18th, 2020

ISM: Economic Downturn Will Continue Through 2020

US purchasing and supply executives signal prolonged contraction on both manufacturing and non-manufacturing sectors.
May 15th, 2020

Many of the changes provide more wiggle room than the initial versions.
May 15th, 2020

The auto industry is among the first major sectors of the economy to restart its engine.
May 15th, 2020

Nearly half of small manufacturers reported receiving loans.
May 14th, 2020
Follow Us
Most Recent