Electrical and communications distribution giant Wesco said Thursday that its sales, profit and earnings each set new records in the second quarter of the year.

The Pittsburgh-based company posted nearly $5.5 billion in net sales in its latest fiscal quarter, up 19% compared to the $4.6 billion reported in the same quarter last year.

Adjusted earnings per diluted share were up nearly 60% to a new high of $4.19. In addition, the company highlighted a record backlog — up 80% year-over-year as of June 30 — and noted that its leverage returned to its target range “a full year earlier” than anticipated following Wesco’s summer 2020 acquisition of Anixter.

Wesco officials said the distributor is outperforming an already strong sector. The company raised its full-year adjusted earnings outlook to $15.60 to $16.40 per diluted share, which would be up 55% to 65% compared to the previous fiscal year.

“The exceptional results we are reporting today for the second quarter should be a clear signal that the beat goes on in terms of the value creation of Wesco’s new business model as we pass the second anniversary of the Anixter merger,” Wesco Chairman, President and CEO John Engel said in a statement. 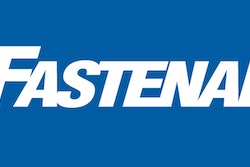