MRC Global, which brands itself as the largest global distributor of PVF products and services, reported its 2021 fourth quarter and full-year financial results on Feb. 15, showing modest growth in 2021 overall, accelerating down the stretch with a strong Q4.

Houston-based MRC posted total Q4 sales of $686 million, up 18.5 percent year-over-year and barely ahead of Q3's $685 million that was up 17.1 percent. The company said that sequential sales were up from historical season trends in which Q4 revenue typically declines 5-10 percent. MRC added the improvement was driven by Canada, as several deliveries in upstream and gas utilities took place in Q4.

"As compared to the fourth quarter of 2020, the increase in sales was across all sectors, driven by the gas utilities sector, the largest end-market, as activity levels continue to rise, economic conditions improve and customers execute their projects," MRC said in its earnings release.

By end market in Q4:

By product line in Q4:

By geography and sector, MRC expects the following full-year growth in 2022: 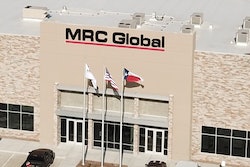 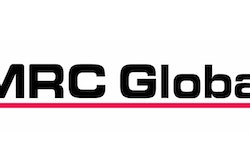