Orders for compressors grew by more than 40% year-over-year, while revenue was up more than 30%. 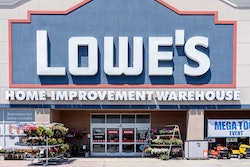