The strong quarter led the company to raise both its full-year revenue and earnings per share outlooks. SBD is now forecasting 2021 full-year organic revenue growth of 16 to 18 percent, a significant increase from the 11 to 13 percent forecasted in the company's Q1 earnings report.

By SBD business segment in Q2 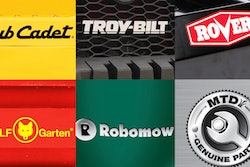 Stanley B&D to Buy Remaining 80% of Outdoor Power Equipment Maker MTD for $1.5B