Year-over-year sales were still down almost 19 percent, but that deficit continues to improve.

Houston-based pumping solutions and MROP products distributor and supply chain provider DXP Enterprises reported its 2021 first quarter results on Friday, showing year-over-year sales that are still in the red but improving, while sequential sales showed solid growth that was driven by acquisitions the company completed during Q4 2020.

During Q1, DXP completed the acquisition of Carter & Verplanck, Inc., a distributor of products and services exclusively focused on serving the water and wastewater markets. C&V has 17 employees and had 2020 total sales of $29.5 million. That followed a busy Q4 in which DXP completed the refinancing of a $300 million Term Loan B, and four acquisitions that brought $114 million in combined revenue into the company. Those four acquisitions added 269 employees to DXP's headcount are expected to reduce the company's oil & gas exposure by 200-400 basis points.

"Our first quarter results reflect sequential sales growth driven by acquisitions, strong free cash flow and continued efforts to match costs to the demand of our business," said David Little, DXP chairman and CEO. "We are encouraged by the sequential increases. As we look ahead to the rest of 2021, we remain optimistic that the global and U.S. economy will recover from the impact of the pandemic, in particularly, oil demand and capital projects spending which typically lags most cycles."

By DXP business segment in Q1

"DXP’s industrial end markets, which is 67 percent of our business (including the recent acquisitions), appears to have found some legs and shows signs of positive upward movement," Little noted. 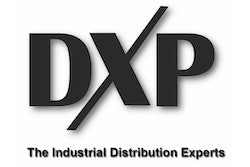 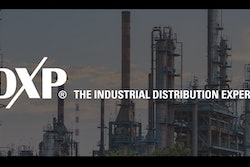