Like many other industrial suppliers, the company reported sales that are still considerably down YoY, but up solidly on a sequential basis. 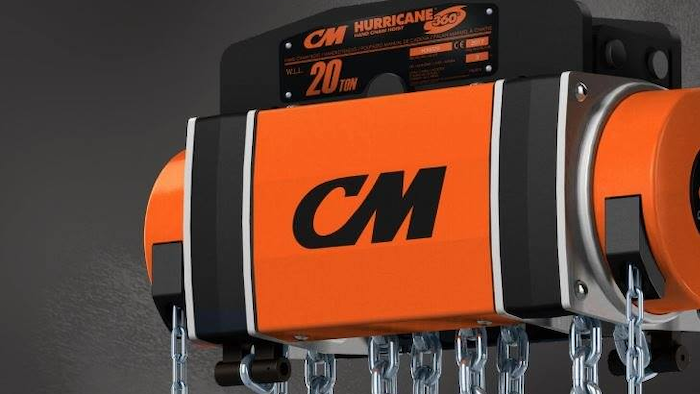 Motion control and material handling products maker Columbus McKinnon reported its 2020 second quarter financial results on Thursday, and like many other industrial suppliers, the figures were led by continued sizable year-over-year declines alongside solid sequential gains.

The Buffalo, NY-based company posted total sales of $158 million for the July-September quarter, down 24.0 percent year-over-year (YoY) but up 13.5 percent from Q1. In the United States, sales of $85 million were down 25.4 percent YoY but improved 13.3 percent from Q1.

CM said Q2 orders were up nearly 26 percent compared with Q1, driven mostly by the recovery of the short cycle business, which improved 41 percent over Q1 while project orders grew 12 percent. "Total backlog has recovered to pre-COVID levels and long-term backlog, which is expected to ship beyond the fiscal third quarter, grew to 41.5 percent of total backlog," the company said.

"We delivered solid results in the quarter achieving the higher end of our expected revenue range and demonstrated our capabilities to drive profitability and strong cash generation in a challenging environment," said David Wilson, CM president and CEO. "In fact, the 80/20 Process, a key tool in our business system, contributed $3.4 million in operating income during the quarter, helping to offset headwinds caused by the pandemic."