The company said four employees have had confirmed cases of COVID-19 and all have recovered, while no facility closures have occured. 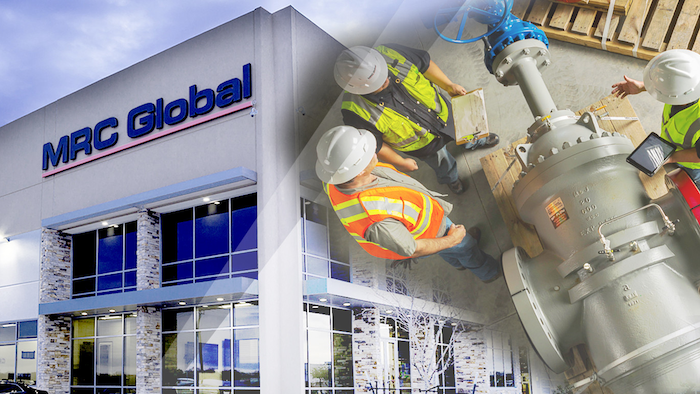 Houston-based MRC Global, which brands itself as the largest global distributor of PVF products and services, reported its 2020 first quarter financial results on Wednesday, showing continued considerable sales declines amid a widespread slowdown in industry demand.

The company posted total Q1 sales of $794 million, down 18 percent year-over-year (YoY) and up 4 percent sequentially from Q4 2019. MRC said the decrease was across all sectors and segments as the impact of lower commodity prices led to reduced customer spending.

“Customer spending has slowed considerably in April in response to the unfavorable commodity price environment and a significant decline in oil and gas global demand brought about by the COVID-19 pandemic," said Andrew Lane, MRC Global president and CEO. "As a result, we are taking steps to further reduce our operating costs by $80 million and reduce inventory by $140 million or more compared to 2019.”

By segment in Q1:

MRC said all segment sales were negatively impacted by decreasing demand caused by the COVID-19 pandemic in March.

"The COVID-19 global pandemic and related mitigation measures have created significant volatility and uncertainty in the oil and gas industry," MRC said in its Q1 earnings release. "Oil demand has significantly deteriorated as a result. The unparalleled demand destruction has resulted in lower spending by customers and reduced demand for the company’s products and services. There is significant uncertainty as to the duration of this disruption.

"As a critical supplier to the global energy infrastructure and an essential business, the company has remained operational with no closures to any facilities. We have had four confirmed illnesses reported, and all have recovered. MRC Global has also implemented various safety measures for employees working in the company’s facilities and implemented remote working for those whose jobs permit it. MRC Global is committed to a safe working environment for all employees."

"From a supply chain perspective, the effects have moved around the globe as the virus has spread," MRC's release continued. "Given the company’s inventory position and the reduced demand, the company has fulfilled orders with little disruption. However, the longer the shutdowns continue, the greater the order fulfillment risk exists."