The numbers reflected a considerable marketwide slowdown in demand for industrial products, while other supply chain factors also hindered sales.

After a January in which it updated restructuring and consolidation efforts, and announced leadership changes in its metal cutting and infrastructure business segments, Kennametal reported its 2020 second quarter financial results on Monday for the period ended Dec. 31.

"Our second quarter results reflect weakening end-market conditions, particularly from greater than expected deceleration in the US, Germany and India, combined with headwinds developing in the 737 MAX supply chain," said Christopher Rossi, Kennametal president and CEO.

The Pittsburgh, PA-based metalworking products supplier posted Q2 sales of $505 million, down approximately 14 percent year-over-year (YoY), with organic sales down 12 percent. Kennametal had a Q2 operating loss of $47.6 million and a total net loss of $5.9 million. The company said the sizable operating loss was driven by lower organic sales, unfavorable labor and fixed cost absorption in certain facilities due to lower volumes and simplification/modernization efforts in progress, and higher raw material costs.

Kennametal on Monday also provided another update on its restructuring efforts, which have decreased the company's footprint by five facilities since the inception of its ongoing simplification/modernization. The company said as part of its fiscal 2020 restructuring, it has completed the full closures of its Lichtenau, Germany and Irwin, PA manufacturing facilities, while distribution activities at the Neunkirchen, Germany distribution center have been transitioned to third-party logistics providers. As part of its fiscal 2021 restructuring, Kennametal said that it has agreed to downsize its Essen, Germany operation, with the resulting operations to be substantially smaller with considerably lower operating costs, adding, "This change also enables the company to pursue other footprint actions, which are currently under evaluation."

On Jan. 30, Kennametal announced that Ron Port, who had been serving as vice president and president of the Infrastructure segment, has become vice president and chief commercial officer of the metal cutting business segments, effective immediately, while Franklin Cardenas will succeed Port as VP of the Infrastructure on Feb. 10. And on Jan. 7, the company provided an update on the FY 2020 and 2021 restructuring actions, including announcing it is downsizing the Essen facility instead of a previously-announced closure of it. 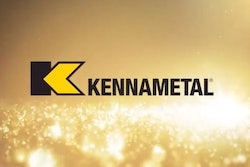 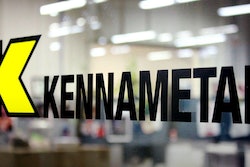 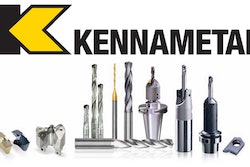