Dr. Michael Macht elected as the new chairman of the Supervisory Board of KION GROUP AG. 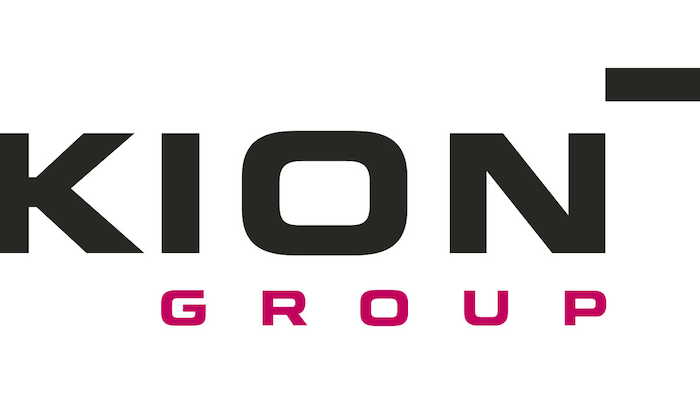 he KION Group is forging ahead with its KION 2027 Strategy and investing in future growth.

"The clear focus on our strategy, which was launched last year, has enabled us to substantially enhance our product and service portfolio and maintain our path of growth of previous years; we have delivered!" said Gordon Riske, CEO of KION GROUP AG, at the Annual General Meeting (AGM) in Frankfurt this week. In the coming years, the KION Group will continue building on its market-leading position by focusing its development projects on five action fields: energy, automation, performance, innovation, and digitalization.

Shareholders approved the Supervisory Board and Executive Board proposals: The dividend was increased by around 21 percent compared with the previous year and has been set at EUR1.20 for 2018. It equates to a total dividend payout of EUR141.5 million and means the KION Group is continuing with the trend in its dividend policy.

The approximately 130 shareholders at the Annual General Meeting represented more than 87 percent of the share capital.

In his speech, Riske gave an overview of recent initiatives and developments. One focus is digitalization, an area where the KION Group has taken some decisive measures over the past months. These range from the creation of a dedicated Executive Board role, with Susanna Schneeberger appointed as Chief Digital Officer, and the launching of new software solutions such as Dematic iQ Virtual and Dematic iQ InSights as well as the new KION Cloud. The KION Digital Campus is a creative innovation lab that is working with the Operating Units to develop several new solutions, including apps for service technicians and for data-driven fleet optimization for customers. The KION Digital Academy, a forum for providing digital training to the KION workforce, is in the process of being set up.

"In the years ahead, digital transformation will be the crucial distinguishing factor for many industries and businesses," notes Riske. "It will also massively change logistics. Innovative supply chains will become key competitive advantages in the modern internet economy. Goods are being moved around at an ever-faster pace and in a much more complex way than ever before. To keep step with it, we need to offer flexible and highly automated logistics and intralogistics solutions. We are looking to play a big part in this."

Innovative new solutions were also developed in automation. 'PackMyRide', is the first fully automated solution for the 'last mile', the stage of the process when packages are loaded into the delivery van. The new Robotics Center of Excellence was created in the US, and it produced the robotics piece-picking module as one of its first developments. Designed to accelerate warehouse work, this software-controlled robot arm is equipped with sensors and visual processing capabilities and can grip objects.

In 2019, to maintain the rate of innovation at a high level and to fully exploit the growth anticipated in the coming years, the KION Group will heavily invest in expanding its production capacity. Along with the expansion of existing plants in Aschaffenburg, Hamburg, Châtellerault (France) and Luzzara (Italy), new factories are to be built in Poland, India and China. The three new plants are anticipated to help the KION Group meet future demand around the world.

The KION Group believes it will be in an excellent position to benefit from global mega-trends in the coming years. The main drivers here remain the growing tendency of consumers to buy online (e-commerce) and the increasingly fragmented value chains of the global economy. The Group also wants its operating segments to work even more closely together since demand for integrated intralogistics solutions is already high and will continue to grow in the future.

With a view to these global trends, the KION Group is confident that it will be able to write further chapters in its story of success over the coming years. It is aiming to generate revenue of EUR10 billion in 2022.

"We want to leverage our leading position to generate strong profitable growth," explains Riske. "We are therefore explicitly re-affirming our medium-term target of achieving double-digit adjusted EBIT margins between 10 and 12 percent." The outlook for the current year was confirmed in April.

The KION Group is keen to generate its growth in the most resource-efficient way possible and has therefore formulated a sustainability strategy that it has been pursuing since 2016. Progress is documented in an annual sustainability report, which was published for the third time at the end of April. Available at www.kiongroup.com, it gives an overview of the initiatives and projects from 2018, which included a sustainability assessment of KION Group suppliers and a project in the U.S. focused on alternative power generation. The KION Group has the same ambitious goal for sustainability as it does for its products: It wants to be the industry leader.

This year's AGM also saw Dr. John Feldmann step down as chairman of the Supervisory Board after eight years.

"We owe a huge debt of gratitude to John Feldmann for the enormous commitment he has shown in supporting the KION Group as chairman of the Supervisory Board over the past years," says Riske. "He has demonstrated a sense of duty toward all of the company's stakeholders and played a significant role in shaping a robust form of corporate governance in the Group that reflects best practice. With his vast international experience and strategic foresight, he has been a highly appreciated advisor to me and the rest of the Executive Board. On behalf of the Executive Board and the entire workforce, I would like to express our sincere thanks for the close and collaborative working relationship during his time as chairman of the Supervisory Board."

Feldmann had announced in February that he would be resigning as chairman of the company's Supervisory Board at the conclusion of the 2019 AGM. The Supervisory Board subsequently declared its intention to elect Macht as its new chairman.

Macht, a mechanical engineer, was a member of the Board of Management at Volkswagen AG from 2010 to 2014, responsible for production. From 1998 to 2010, he served on the Executive Board at Porsche AG, most recently as the company's Chief Executive Officer. In June 2018, Macht became a non-executive member of Weichai Power's Board of Directors. He joined the Supervisory Board at KION GROUP AG in October 2018.

"We are delighted that Michael Macht is available to take up this position," says Riske. "In his new role, he will ensure long-term continuity at the helm of our Supervisory Board."