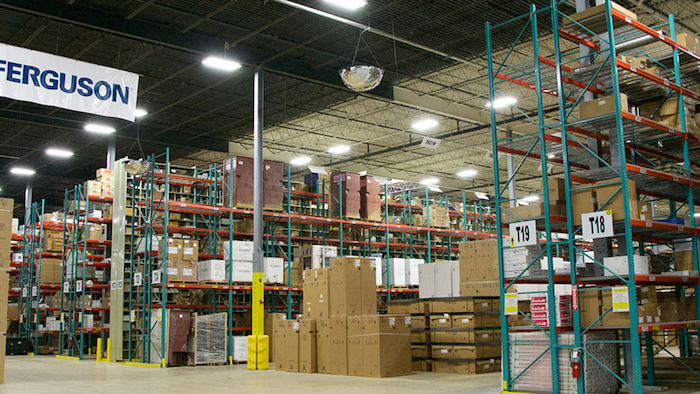 "The U.S. continued to grow strongly with organic revenue growth of 10.6 percent in the quarter," said John Martin, Ferguson CEO. "Growth was broadly based across all U.S. regions, supported by good market conditions. We also continued to manage gross margins effectively, making further progress. We generated good growth in Canada, and in the U.K. we continued to focus on executing the restructuring plan. The fourth quarter has started well with organic revenue growth in line with the third quarter. Given the third quarter outturn, the Group is well positioned for a successful outcome for the year."

Ferguson said in Q3, its U.S. organic growth included price inflation of about 3 percent, while acquisitions contributed another 0.8 percent.

"U.S. market growth continued to be good with residential demand supporting broadly-based growth across all regions," the company said. "Commercial markets, whilst lower growth than residential, also remained good and industrial markets continued to recover strongly. All business units continued to generate good organic growth in the quarter and gain market share. Revenue growth by end market was strong in residential, commercial improved and industrial grew particularly well as it benefited from a small number of larger projects. Gross margins were ahead due to improvements in purchasing and better pricing controls."