Fastenal's Q3 was capped by a 15.3 percent daily sales growth in September — the company's best month since December of 2014. Meanwhile, its installed vending machine count now stands above 69,000 and it signed nearly twice as many Onsite locations in Q3 than a year earlier. 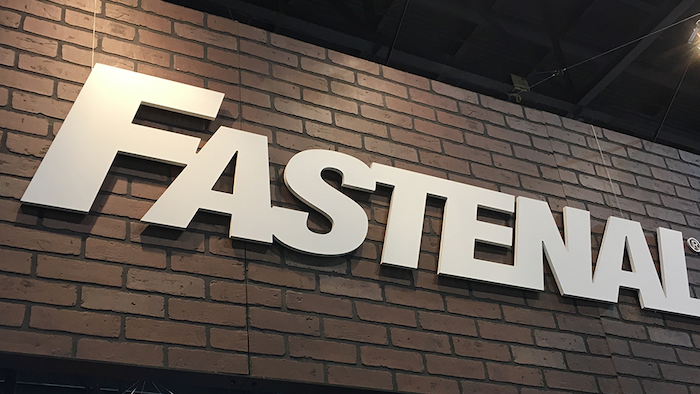 Winona, MN-based Fastenal — No. 7 on Industrial Distribution's Big 50 List — reported its 2017 third quarter fiscal results on Wednesday, which showed continued strong growth across the board.

"The third quarter of 2017 ended with September daily sales growing 15.3 percent — we have not seen daily sales growth above 15 percent for almost three years (December 2014 - 17.4 percent)," said Fastenal president and CEO Dan Florness. "We are pleased with the trust our customers place in Fastenal, and I am proud of the success realized by each member of the 'Blue Team'. Our growth drivers, combined with a solid economy, are resulting in great growth."

Fastenal's Onsite and vending machine sales were key drivers of the company's sales growth in Q3. Fastenal signed 4,771 industrial vending machines in Q3 — comparable to a year earlier — and the company now has an installed device count of 69,058 as of Sept. 30, up 14.3 percent YoY.

"Sales through our vending machines continued to grow at a double-digit pace in the third quarter of 2017, primarily due to the increase in the installed base," the company said Wednesday.

Fastenal opened five branches in Q3 and closed 36, bringing its total branch count to 2,418 at the end of Q3 — that's down 127, or 5.0 percent YoY. Year-to-date, Fastenal has opened 15 branches, closed 93 branches and converted another seven.

"Occupancy-related expenses, which represent 15 to 20 percent of operating and administrative expenses, increased 1.5 percent as a decline in our number of public branches was more than offset by increases related to growth of vending equipment and an increase in automation at our distribution centers," the company said. "Our branch network forms the foundation of our business strategy, and we will continue to open or close branches in 2017 as is deemed necessary to sustain and improve our network and support our growth drivers."

Here's how Fastenal's monthly daily sales have fared since the start of 2014: