Sales increased year-over-year across all product lines, including a 9.4 percent jump in valves, automation and instrumentation sales, while line pipe sales soared 77 percent. 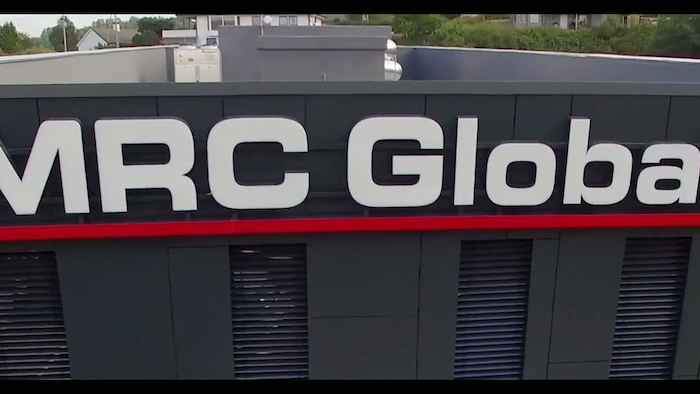 Houston-based MRC Global — No. 9 on Industrial Distribution's Big 50 List — reported its 2017 Q2 and fiscal results on Thursday, led by a considerable improvement in year-over-year and sequential sales.

The industrial pipe, valve and fittings products distributor posted Q2 total sales of $922 million, up 23.6 percent year-over-year and up 7.0 percent sequentially from Q1. The company cited increased customer spending and well completion activity in the midstream and upstream sectors as drivers of the increase. Before Q1, the company had posted year-over-year sales declines of at least 20 percent in each quarter from Q2 2015 through Q4 2016.

"Our strategy to build market share through contract positions with customers produced strong first half results," MRC Global president and CEO Andrew Lane said. "I am pleased with our results and the solid contract position we have built, which we expect to deliver long term shareholder value."

U.S. sales in the second quarter of 2017 were $720 million, up $169 million, or 31%, from the same quarter in 2016. The increase is primarily due to increased customer spending and well completion activity as well as ongoing projects with one of our midstream gas transmission customers.

Canadian sales in the second quarter of 2017 were $69 million, up $15 million, or 28%, from the same quarter in 2016 primarily due to the upstream business as a result of an increase in rig count and a milder spring break-up compared to a year ago. Canadian sales were unfavorably impacted by $3 million as a result of a weaker Canadian dollar relative to the U.S. dollar.

International sales in the second quarter of 2017 were $133 million, down $8 million, or 6%, from the same period in 2016. The decrease was primarily due to declines in the upstream and downstream sectors partially offset by a $25 million Australian line pipe delivery in the midstream sector. The decline in upstream was due primarily to the conclusion of a major project in Norway. The impact from changes in foreign currency exchange rates was a $3 million reduction in sales.

By geography in Q2:

By product line in Q2

By business sector in Q2