Houston-based MRC Global — No. 9 on Industrial Distribution's Big 50 List — reported its 2016 Q4 and full year fiscal results on Friday, led by continued large declines in year-over-year sales and profit, though the company expects better figures in 2017.

MRC posted Q4 sales of $719 million, down 26 percent year-over-year and down 9 percent from Q3. The company said reduced customer activity across all segments drove the decline. MRC took a net loss of $24 million in Q4, compared to $399 million in Q4 of 2015, which included a large goodwill impairment charge.

"As expected, fourth quarter revenue was down 9 percent sequentially due to seasonality primarily driven by U.S. midstream," said MRC president and CEO Andrew Lane. "However, we are encouraged as sequential revenue for our U.S. upstream business increased 8 percent, as well completion activity is increasing."

MRC Q4 gross profit of $122 million was down from $175 million a year earlier, while selling, general and administrative costs of $128 million were down 12.3 percent. 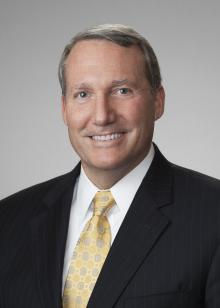 "While the last two years have been challenging in the oil and gas markets, we are in a strong position to capitalize on the improving market conditions," Lane said. "Over the past two years, since the downturn began, we executed our strategic objectives. We have gained valuable market share, generated $943 million in cash from operations, reduced debt by $1 billion, reduced operating costs by 27 percent and returned $107 million to shareholders. These actions have allowed us to strengthen our position as the leading PVF distributor and now we are ready to return our focus to growing with our customers again.

"Looking ahead, we expect 2017 results to be improved over 2016 and we are looking forward to returning to sales and earnings growth across each of our segments and sectors."