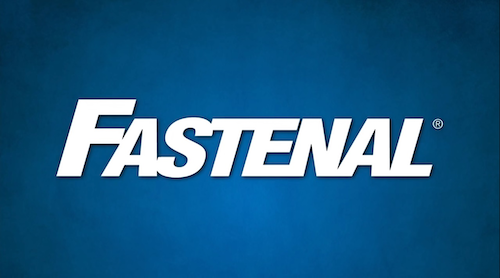 Winona, MN-based Fastenal — No. 10 on Industrial Distribution's 2016 Big 50 List — reported its 2016 fourth quarter and full year fiscal results on Wednesday, in which the company posted a solid increase in Q4 year-over-year sales and profit. The company also provided details on its store openings and closures, as well as headcount.

Fastenal had December sales of $296 million, up 3.2 percent YOY while daily sales also increased 3.2 percent. That means the company had YOY daily sales growth in 11 months of 2016, with the only month as flat.

Here's how the past 13 months of Fastenal's daily sales growth has been:

Some other figures Fastenal shared Wednesday:

"The fourth quarter of 2016 did show some improvement with daily sales growth of 2.7 percent, though this more likely reflected an easier comparison than substantive improvement in overall demand," Fastenal said in its Wednesday earnings release. 'For most of the year, we saw relative weakness from non-residential construction and heavy manufacturing customers and in demand for our fastener products, speaking to the sustained softness in heavy and general industrial markets. Business with our largest customers was also relatively weak, with sales to our top 100 customers rising modestly in the first half of 2016 and falling modestly in the second half of 2016. While these weaknesses were representative of conditions in the United States and Canada, total sales outside of these geographic areas were relatively strong and improved over the course of 2016."

Sales at Systemax, which does business primarily through its Global Industrial brand, grew slightly in Q4, considerably slower than its full-year growth.
Mike Hockett
Feb 27th, 2020