The figures were highlighted by 32.1 percent year-over-year sales increase, driven by the company's new Power Solutions segment, acquired from HD Supply in an $825 million transaction that closed during Q3 2015.

Anixter has Q2 net profit of $20.8 million, down 41.8 percent from a year ago. The large decline was driven by a UK pension settlement, amortation of intangible assets, Latin America bad ebt provition, restructing charges and acquisition and integration costs. Adjusted profit of $44.2 million increased by 6.3 percent. Operating expenses of $336.7 million increased by 27.3 percent. Operating profit of $56.7 million decreased by 13.8 percent.

"The combined effects of the weaker industrial economy and lower commodity prices on a year-over-year basis continue to be headwinds for both the industrial portion of our EES segment and our UPS segment," said Anixter CEO and president Bob Eck. "In light of a persistent slow global growth environment, we will continue to focus on margin improvement, ongoing expense discipline and working capital efficiencies." 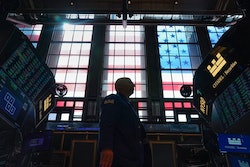