The average ETR for the global companies represented in PwC’s analysis increased to 27.4% between 2011 and 2013. 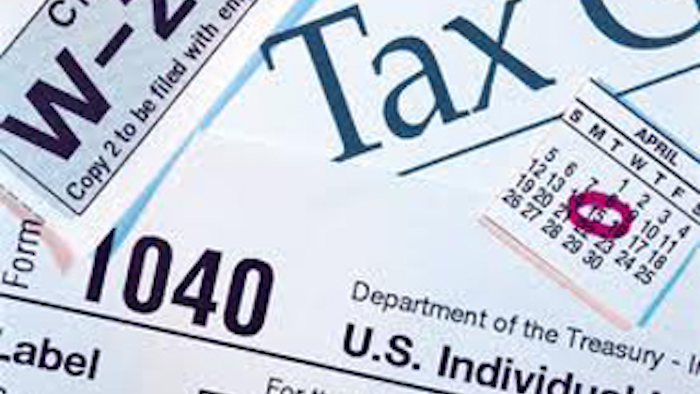 NEW YORK – Average effective tax rates (ETR) over the past three years have continued to edge upward for industrial products and automotive sectors, reflecting a modest rebound in the global business climate that is leading to increased profits at many companies. This is according to the PwC US 2014 Assessing tax report, a tax rate benchmarking study covering 324 companies across the majority of developed countries and representing the following industries: aerospace and defense (A&D), automotive, chemicals, engineering and construction, industrial manufacturing & metals, and transportation and logistics.

Despite a decline in ETR from 2012 to 2013, primarily driven by the impact of the American Taxpayer Relief Act of 2012, which reinstated research and development (R&D) credits and other U.S. tax extenders temporarily suspended in 2012, the average ETR for the global companies represented in PwC’s analysis increased to 27.4 percent between 2011 and 2013. The average ETR by country for profitable companies that paid taxes in each of the past three years remained constant or increased (with the exception of one country), even though a number of countries reduced their statutory tax rates. Countries at the lower end of the ETR range showed a steeper increase in the ETR over the three years than those at the higher end of the range. The study posits that as companies expand global operations and take advantage of differences in country tax rates, this gap will narrow even further.

Tax incentives and credits remained the largest favorable driver of ETR in 2013, reported by 131 companies in PwC’s report, which resulted in a benefit of 3.5 percent overall and 3.4 percent among U.S.-based companies. The most common tax incentive descriptions included domestic manufacturing deductions, R&D credits, and general business credits.

“The gradual recovery in the global economy has led to increased profitability across the industrial products sector. We are seeing management teams increasingly taking advantage of tax incentives, which reduce ETRs compared to statutory corporate rates,” said Michael W. Burak, U.S. and global industrial products tax leader for PwC. “This finding dovetails with the recent results of PwC’s Manufacturing Barometer, which showed that industrial manufacturing companies have continued to focus investment spending on IT and R&D, in an effort to strengthen core products and expand market share, while taking a guarded approach to overseas expansion.”

According to the study, the average unrecognized tax benefit (UTB) increased by 1.2 percent between 2012 and 2013. This indicates a rise in tax reserves and marks potential disputes by taxing authorities. Such results are not inconsistent with the perception that governments are trying to boost tax receipts to cover deficits by more closely scrutinizing the tax strategies of multinational companies, resulting in a significant increase in international tax controversy. The special report in this year’s study focuses on the rise in disputes and examines its effect on global and unilateral actions as well as on multinational companies. “The rise in the number of UTBs reflects the increasing complexity of the global tax environment, especially among multinational companies that have to navigate highly divergent taxation policies while dealing with increased scrutiny from government entities,” said Michael Burak.

The benchmarking study included 324 companies in the following industries: A&D, automotive, chemicals, engineering and construction, industrial manufacturing & metals and transportation and logistics. Below is a breakdown of PwC’s tax benchmarking analysis for the sectors in the study, including the most common favorable drivers:

Aerospace and Defense – The A&D sector continued to experience a challenging environment in 2013, primarily due to defense budget reductions, offset in part by a healthy commercial aerospace market. The sector generated an average three-year ETR of 27.3 percent. In the past three years, there has been a one point decrease in the average ETR for the group, declining to 26 percent in 2013 from 27.1 percent in 2011. The most common benefit was tax incentives, which drove a 4.7 percent favorable impact on ETR, the largest impact of all sectors studied. Tax reserve adjustments were also a major driver, resulting in a 3.1 percent decrease in ETR.

Automotive – The global automotive industry continued its strong performance in 2013, generating the best performance domestically since 2007. The average three-year ETR for the sector was 26.3 percent. ETRs have been on the rise across the sector, with the average ETR reaching 28.4 percent in 2013, up from 24.9 percent in 2011. The impact of foreign operations was reported by the majority of companies as a favorable driver of ETR, resulting in a benefit of 4.9 percent, the largest impact of all sectors studied. The impact was even higher for companies headquartered in countries with high statutory corporate rates, including the U.S., where the benefit was 8.6 percent. Tax incentives were also a major driver, accounting for a 3.7 percent reduction in ETR in 2013.

"With very few exceptions, the global automotive industry had a very strong performance in 2013, buoyed by continued growth in China, stabilization in Europe, and another year of recovery in North America from both a sales and assembly perspective," noted Neil Bristol, PwC US automotive tax leader. "The improved business climate and increased profitability at several manufacturers have led to an increase in ETRs across the sector, although companies have continued to benefit from maintaining operations in overseas markets with lower tax structures, in addition to benefiting from tax incentives."

Chemicals – In 2013, the chemicals sector in North America continued to benefit from decreases in energy and raw material costs due to shale gas opportunities. In addition, currency effects in numerous emerging markets, as well as in established markets such as Japan had a negative impact. The average ETR for the period between 2011 and 2013 was 26.6 percent. The average ETR for 2013 was 25.8 percent, down slightly from 26.2 percent in 2011. The most common reconciling item was the impact of foreign operations, which lowered ETR on average by 2.7% percent in 2013. For U.S.-based companies, this item reduced ETR by 4.7 percent. Tax incentives, including R&D, also lowered ETR by 2.3 percent in 2013.

Engineering and Construction –The engineering and construction industry continued to experience a modest recovery in 2013, with U.S. construction up in the mid-single digits, driven primarily by residential and private sector spending, while global markets grew at a slower pace. The average three-year ETR for the sector was 23.6 percent. The average ETR for 2013 was 25 percent, up from 22.2 percent in 2011. Tax incentives, including R&D credits and domestic manufacturing deductions, represented the largest favorable driver, accounting for a 2.9% reduction to ETR in 2013.

Industrial Manufacturing and Metals – Metals companies continued to struggle to increase revenues in 2013, due to downward pressure on commodities prices. Excess supply combined with weak demand from major customers like China and the Eurozone led to difficult trading conditions. Companies specializing in industrial manufacturing performed better, supported by a stronger U.S. economy and stabilization in Europe. The average three-year ETR for the industrial manufacturing and metals sector was 28.5 percent. The average ETR for 2013 was 26.9 percent, down from 28.1 percent in 2011. The most commonly reported favorable driver was the impact of foreign operations, which provided a 3.6 percent reduction to ETR, the second largest impact of all sectors studied. Tax incentives also had a noticeable effect on the ETR, causing a 2.6 percent decrease, including the impact of R&D credits.

Transportation and Logistics – In 2013, the transportation sector was impacted by continued price pressure, high fuel costs and excess capacity in domestic markets, as well as intense competition globally. However, many airlines had positive operating results, allowing them to upgrade fleets and strengthen networks. The logistics sector remained under pressure due to excess capacity and lower freight rates, among other issues stemming from a slowly recovering economy. The average three-year ETR was 29.3 percent. The average ETR for 2013 was 30.4 percent, up modestly from 29.5 percent in 2011. The most common favorable driver was tax incentives, which drove a 3.9 percent reduction to ETR in 2013. The impact of foreign operations was unfavorable for this sector, a result of its domestic profile.

In addition to the tax benchmarking analysis, the PwC study includes a special comprehensive report on the surge in international tax controversy and rising number of disputes, as well as the various steps being taken to address these issues. For a copy of PwC’s Assessing tax, please visit: www.pwc.com/us/industrialproducts.